Dogs love us more than anything in the world, and when they have something to say to us, there’s few things that an actually stop them. They might not be able to speak, per se, but that doesn’t make them less capable of expressing themselves exactly as they see fit. Just watch the beautiful German Shepherd in the video above! When he got hungry, he decided to inform his owner in the best way possible!

The doggy in the video is named Apollo, and when the clip was recorded, he had just finished eating some food. He wasn’t yet satisfied, though, and he wanted to tell his human dad that he was still hungry. And he certainly does, in the funniest way that you could imagine, too! He keeps looking at his owner with his big puppy eyes, and when the man doesn’t understand the message yet, he slaps the bowl to be clearer.

The man in the video kept playing around as if he didn’t understand him, and Apollo made all the signs necessary to try and get some food on his paws. When you see the way he mimics that he wants food, you won’t be able to hold back your laughter! Better luck next time, Apollo, you won’t fool your human friends today! 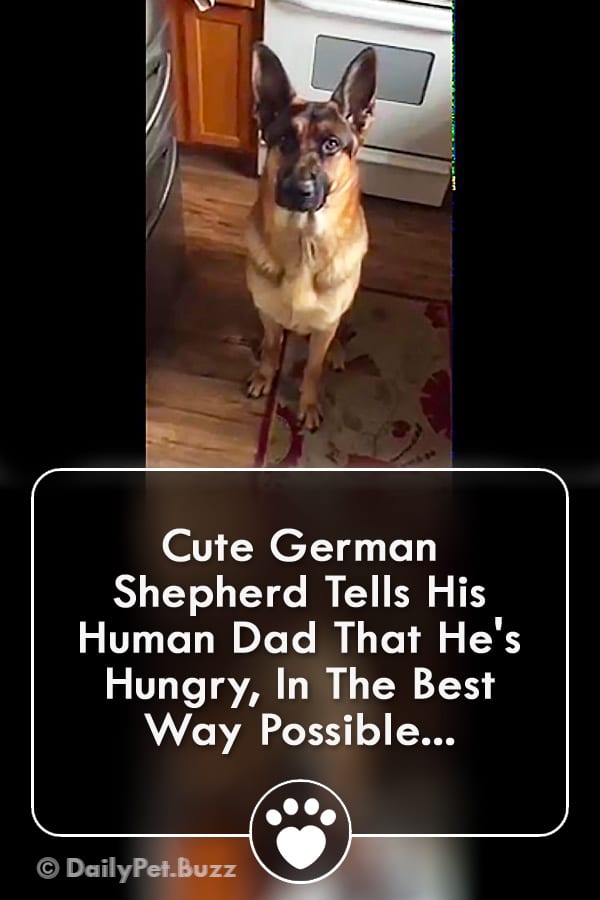