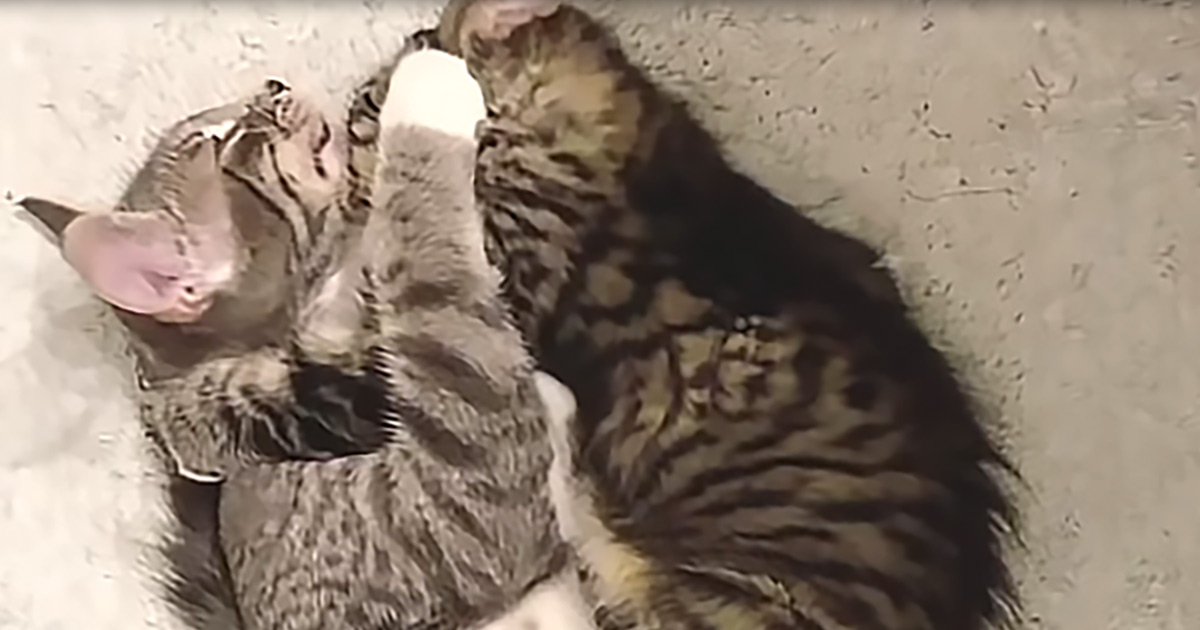 Madison Kelly never imagined the day that she lost her race in Chicago that she would gain a new best friend, but a little tabby kitten had her number. Other racers wandered around searching for someone to take responsibility for the dirty little kitty they had found under a car and when Madison strode over to investigate, the kitten claimed her, presumptuously climbing to sit on the shoulder of the surprised and delighted woman.

Having recently lost Kitsy, the 19-year-old cat who had been the love of her life since childhood, Madison was ripe for new feline companionship and took the hint. She piled into a vehicle for the ride home to Grand Rapids, Michigan with her new little buddy clinging along. Seated in the back, the kitten settled in for a good purr on her lap and her purr rumbled the entire way home.

Following the obligatory bath and satisfying dinner, the little feline was content in her new digs. Madison named her “Puig,” explaining that the word means “climb” in Catalan, and “podium” in Latin, perhaps because the intrepid kitten had climbed to the podium of Madison’s shoulder at their first meeting.

Puig shadowed Madison all over and insisted on being part of every activity, and the woman decided that her new friend could benefit from a feline buddy. That led her to adopt another rescue kitten, Waffle. Now Puig and Waffle have plenty of feline companionship in each other, and Madison’s human love completes the triad bond. 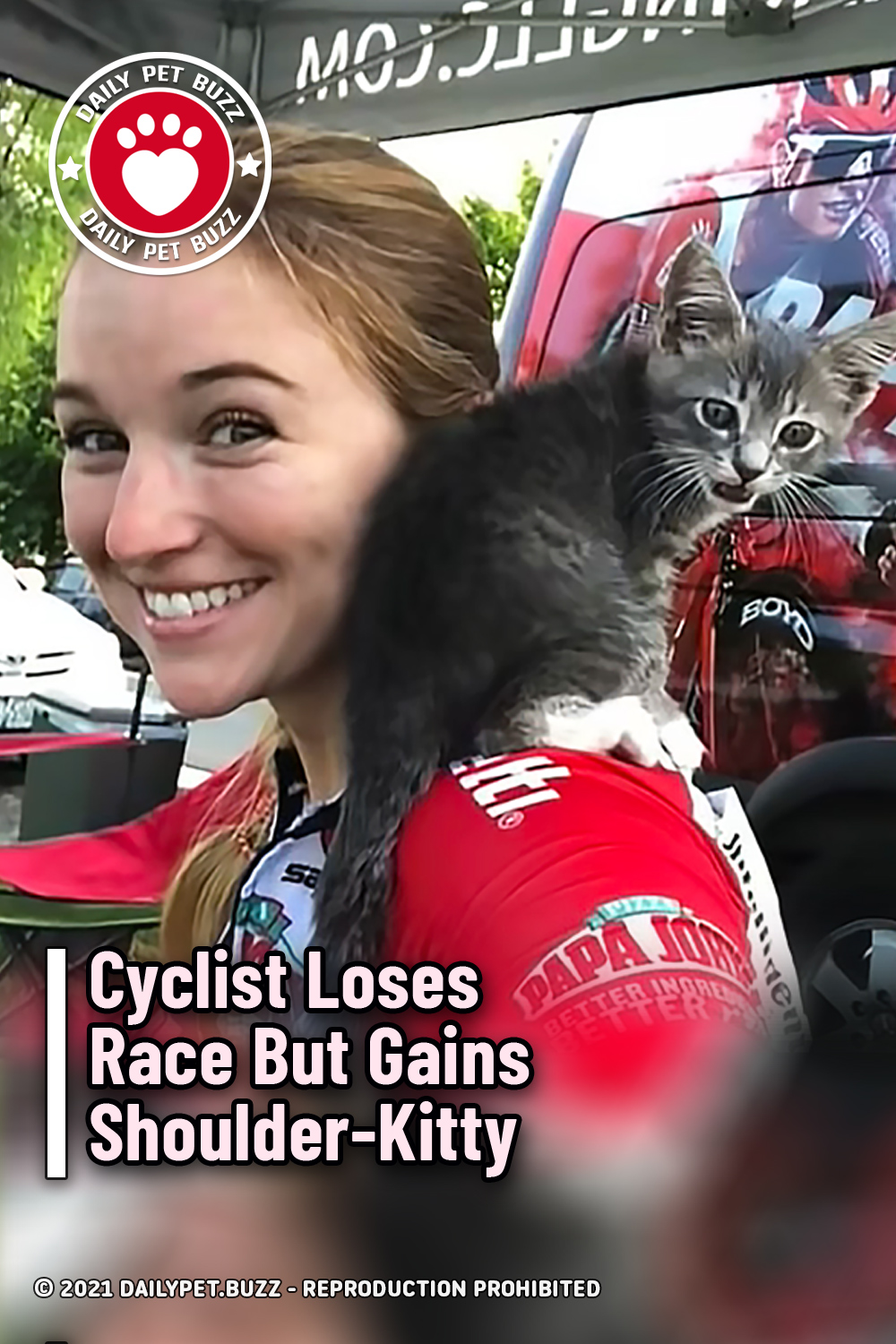