One of the most compelling things about dogs is their loyalty, something that makes them to be considered man’s best friend. But another of their amazing traits is always thinking about having fun and eating. It seems like they have no other worry in the world, and as long as they are by their human’s side, they have nothing to worry about. Until they are naughty and their parents come home and find the mess, that is.

This is the key personality factor that makes them star in some hilarious antics and adventures at home, and if you’ve ever lived with a canine friend yourself, you probably know what I’m talking about. And what’s most adorable about this aspect of them is that once they realize the mess they have created, they react in the most adorably guilty way possible. It gets too hard to discipline them when they act like that because they are so cute.

This clip was recorded by a man that found a big mess when he returned home, and he is trying to investigate who could possibly be behind this atrocious occurrence. He lives with two dogs, so his options are narrow, but there is only one way to decide who’s the culprit. He questions the dogs, and the mystery is easily resolved, thanks to the dogs’ obviously guilty and not-guilty reactions.

You have to watch them yourself in the video above, and if you enjoy it, be sure to share it with your friends on Pinterest! 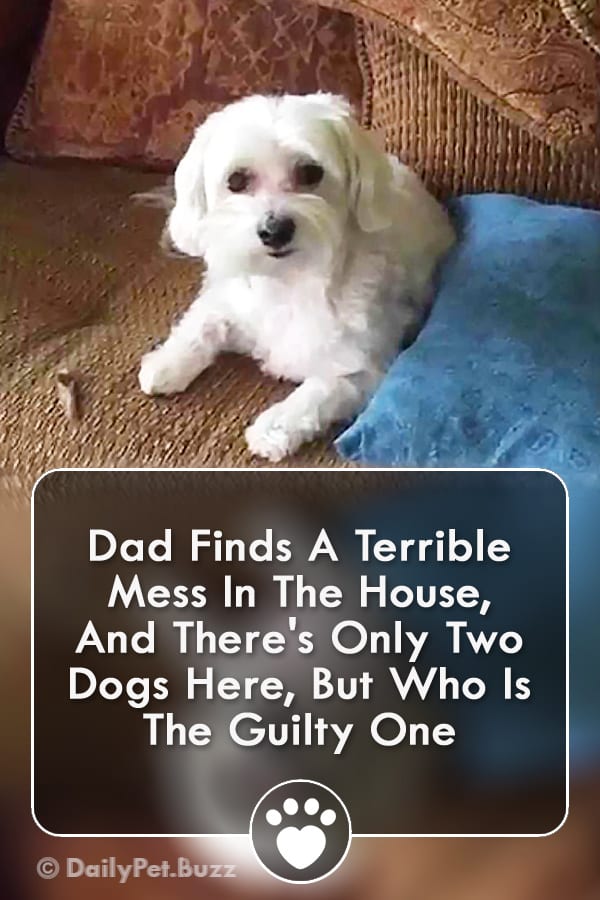