Dogs are man’s best friend, loyal and devoted to the end. They are one of the most loyal types of companion humans could ever have and this is what makes them such great therapy and service animals. And they are compliant to almost anything you ask of them. Almost. These poor creatures also dislike some things like we do and they don’t always want to do what we want them to do. When your dog hates something, he will make sure that you know all about it. That is exactly what this cute dog in the video decided to do.

This husky is named Blaze, and Blaze detests kennels with all his heart. Whenever his owner asks him to get inside the kennel, he immediately gives him a negative response. There is no mistaking how Blaze feels about his kennel. He must be a truly free spirit because he does not like to be restricted. Blaze is from New Hampshire and he is just eleven months old. This handsome dog prefers his freedom, so he doesn’t hesitate to say ‘NO’ to his kennel. According to his owner, he didn’t actually need to go in the kennel. The poor pooch was just being teased. That’s not very nice! Fortunately, this husky has a pretty good sense of humour.

Watch Blaze in the video! The look on his face is priceless isn’t it? Let us know if you’ve ever faced such problems with your dog in the comments section! We’d love to hear from you! 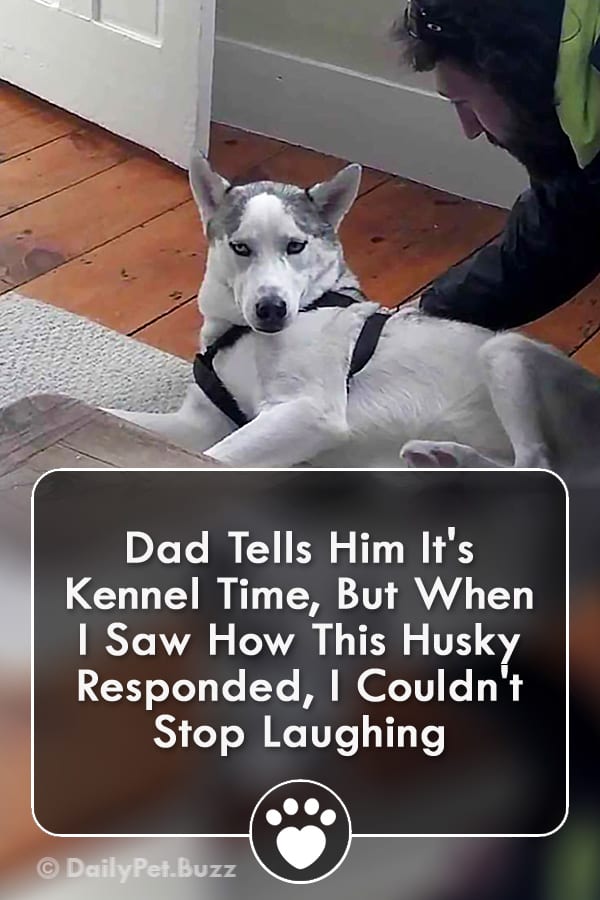