As you are well aware, animal adoption is an amazing way to promote better care for pets.

Many of the pets at the animal shelters face potential euthanization if they don’t find a forever home. That’s a terrible way for these potential family members to go.

So when one judge went above and beyond her duty to justice, she decided to share her story in the hopes of inspiring others like her to find room in their home for a beloved pet.

Judge Sabrina L. Johnson of Michigan adopted a friendly pug named Mikey. Unfortunately, Mikey is blind and missing both of his eyes.

Four months before he came into Judge Johnson’s life, Mikey had his eyes removed because he wasn’t treated very well by his previous owners.

Besides being blind, Mikey was experiencing a severe case of glaucoma which caused him severe pain in his eyes.

When Judge Johnson first brought Mikey home in March 2015, she gave him a tour of her house. Miraculously, the blind dog did not bump into anything. He can now climb stairs, avoid furniture, and even knows where the door is.

Since he doesn’t have eyes, Mikey does have to learn a new environment before he can walk around care-free. Sometimes when Judge Johnson takes him to the park, he’ll get so excited he’ll bump into a tree. But he just shakes it off and keeps playing.

Because he cognitively maps locations in his brain, people won’t even notice he’s blind until they’re told.

Mikey comes to work with the Judge. And when he is there, he brightens up everyone’s day. 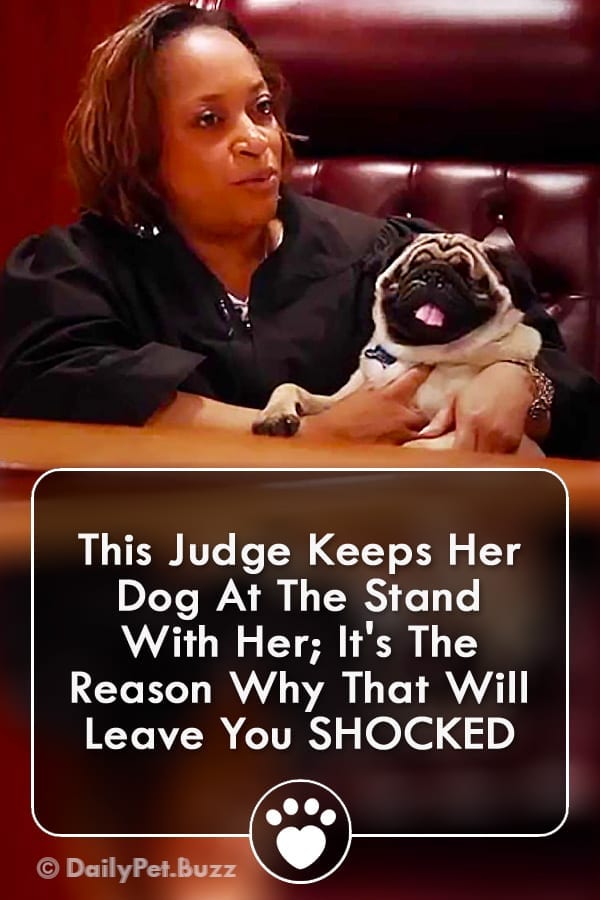