People like to celebrate Valentine’s Day in a bunch of different ways. Some take their significant others out to nice, overpriced dinners, while others give them chocolate and flowers that were marked up 4,000%. Others stay home and watch a whole bunch of either romantic movies or cynical movies, depending on their dating status. Then there’s what a social media superstar decided to do with his puppy –

It was Valentine’s Day and YouTuber ‘TmarTn’ decides to celebrate his first one with his adorable golden retriever puppy named Cooper. He has Cooper wear a red bowtie and lets him roam around his bed while he films him while music plays in the background. The capper is his spreading a whole bunch of paper hearts around his bed. I don’t know if Cooper’s daddy is single or not, but this is cute and weird at the same time.

All is going well, Cooper’s having a blast, running around the mattress, enjoying all the paper hearts on the bed. TmarTn puts a couple of cameras on the bed – and suddenly realizes that Cooper is …. well, just watch.

Daddy scoops him up, but it’s too late. The sheet is now soaked. Thank goodness he has that rubber cover under it, but it’s too late to save the sheet. The video ends with TmarTn putting on a new sheet on the bed. Daddy has a good sense of humor obviously. What a good guy.

Cooper is so adorable, though. He’s a puppy! He doesn’t know better. I had some Valentine’s Days like that when I was single, except my sheet got wet from me spilling beer on it while watching a movie. It was a cute idea that was cut short by the tiny bladder of a puppy. It was funny how the music suddenly changed when Daddy realized what was going on.

There’s a reason why Cooper is so popular on YouTube. He’s the most adorable dog in the world. Well, in my opinion. I have a soft spot for golden retriever pups. What did you think? Please leave a comment below! 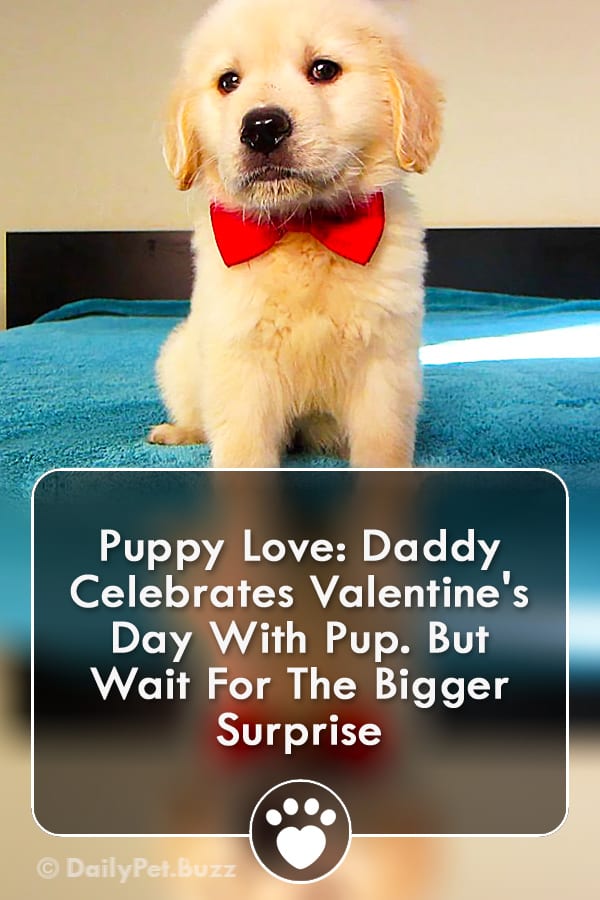