Here’s another one of those videos where the person dubs his voice as if it’s an animal talking. This time, the dad is talking to his dog about eating all the delicious food that was in the fridge. The ‘reactions’ in the video had me falling out of my seat. It actually looks like the dog is talking!

The whole video is shown from the daddy’s point of view. You see the dog up close and he’s grumbling, moaning and acting annoyed at what he’s learning. It’s a really well-done video. The timing of the dub-over is impeccable ” no lag whatsoever and the mouth seems to be moving naturally. Poor dog – all he wanted was some food! Of course, he just hears his name, the food and nothing else. Most of the words sound like ‘Blah Blah Blah Blah Food Blah Blah Blah’

Sometimes it’s the simple things that grab us. Like this. It’s not a high-production video. Just a guy talking to his dog in his living room. As simple as the premise is, it’s still very well done. Now I’m going to be hearing my cats talk back to me when I tell them about food. Then again, if I ate something they liked and made them wait, I’d have my face clawed off.

I tried to have this conversation with my cats. They just looked at me like, ‘Whatever. Let me sleep.’ What did you think? Leave us a comment. We want to hear! 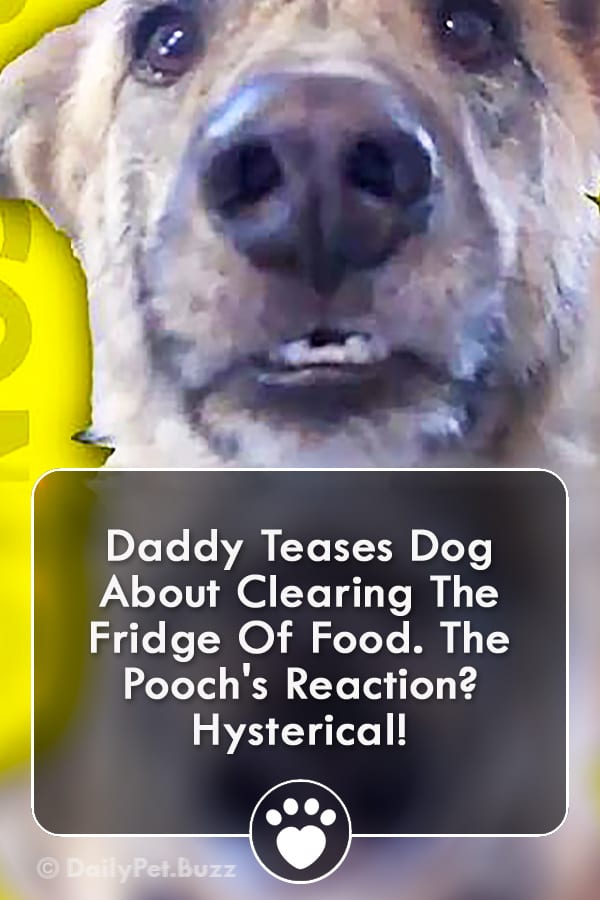