Training a puppy is hard work, there’s no way around that. It takes a lot of perseverance, patience, love – oh, and even more patience. The pup is NOT going to get whatever you want them to do right away. Or even an hour later. It may take days – even weeks. But on the flip side, you can’t keep letting the little one stay in a training rut either. Take a look at this video and see if Daddy is being too lenient.

We see a Husky puppy named Dakota standing at the top of a stairwell. Her daddy is trying to coax her down the stairs. His lure is a doggie treat that he places on the next step. She quickly masters stepping down with her two front paws, but then she keeps retreating to the top of the stairs. Daddy puts two treats on the second step, but she refuses to get that, letting out a series of howls that we’ve heard from other Husky videos.

Dakota is playing her daddy like a fiddle here. He thinks he’s in charge, but when he just keeps giving her the treats while she’s at the top instead of insisting that she actually come down to the second step – I was waiting for a payoff of sorts that never materialized. For all intents and purposes, he could have just put the first few seconds of the video on a loop for three minutes and it wouldn’t have made a difference.

I must say that I was a little disappointed that Dakota’s daddy kept just putting the treat on the front step. He never pushed her to come further down. Sure, she leaned a little bit forward to get a couple of treats while on that step, but I was hoping she would have graduated to at least standing on the next step by the time the video ended. I used to have a miniature schnauzer and she made faster progress than that.

What do you think about this training method? Was I too impatient for possible results or was this guy too lax? Let us know what you think in the comments section! Also, you can ‘Like’ us on Pinterest. 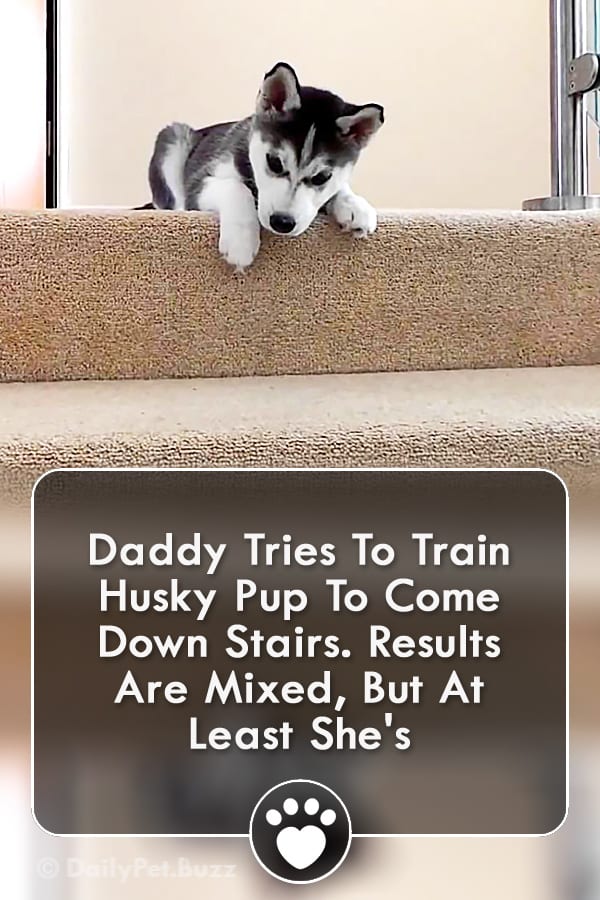