When we see animals in a shelter, we have no idea of their true backstory. Where did they come from before? What kind of conditions did they endure? They may warm up to you when you see them, but you have no idea of how hard it may be for them to trust you. This video offers insight on some of the animals that were found at shelters and how they reacted when they got a forever home.

We see several before/after photos of animals that were in shelters and then found a forever home. We see one beagle named Ruby, who has the most scared eyes I’ve ever seen when in the shelter and then the happiest face at her forever home, Mordecai the rabbit, Emmy, a dog who was left outside during a hurricane, a cat named Percy, and a pig named Gertie. The transformation in all of them is amazing.

The best before/after images have to be Mordecai the rabbit. He goes from looking unsure of himself in the shelter ” where he had been rescued from being cooped up in a tiny hutch outside ” to a picture of him with his mouth wide open like he’s going ‘OHHHHHHH YEAH!’ and rocking out to music. It’s something that you have to see for yourself to believe it. All of the animals shown here are adorable.

There was one that broke my heart – a pig named Gertie had apparently been starving many nights, and the sight of a skinny pig is a sad one, indeed. Seeing a much plumper Gertie chowing down on cantaloupes and honeydew made me smile. All of these animals are in much better situations. I agree with PETA ” get an animal from a shelter, not a pet store or a breeder. They will give you so much love.

Who was your favorite animal? Mine was Mordecai. Shh. Don’t tell my cats that. They liked Percy. Tell us yours in the comments section. Also, please ‘Like’ us on Pinterest. 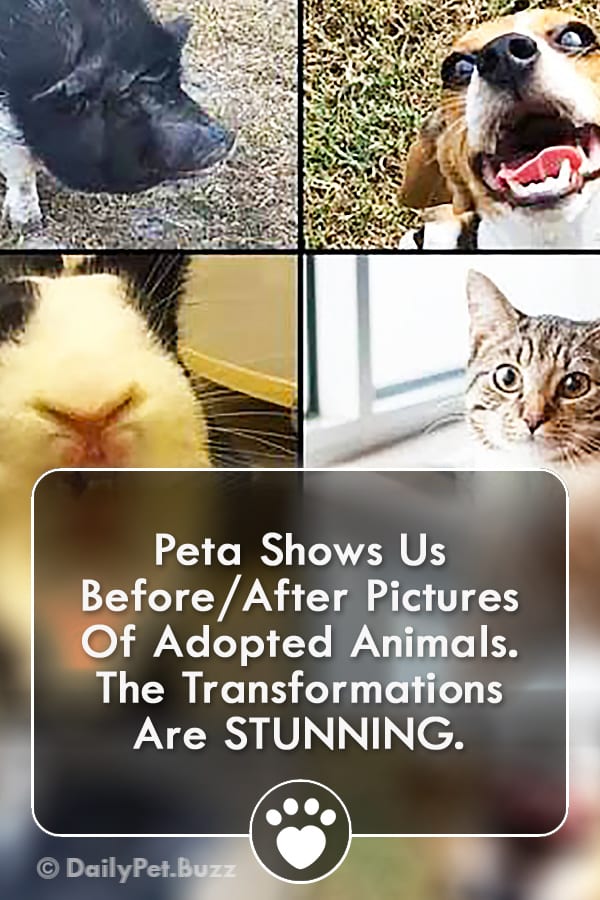