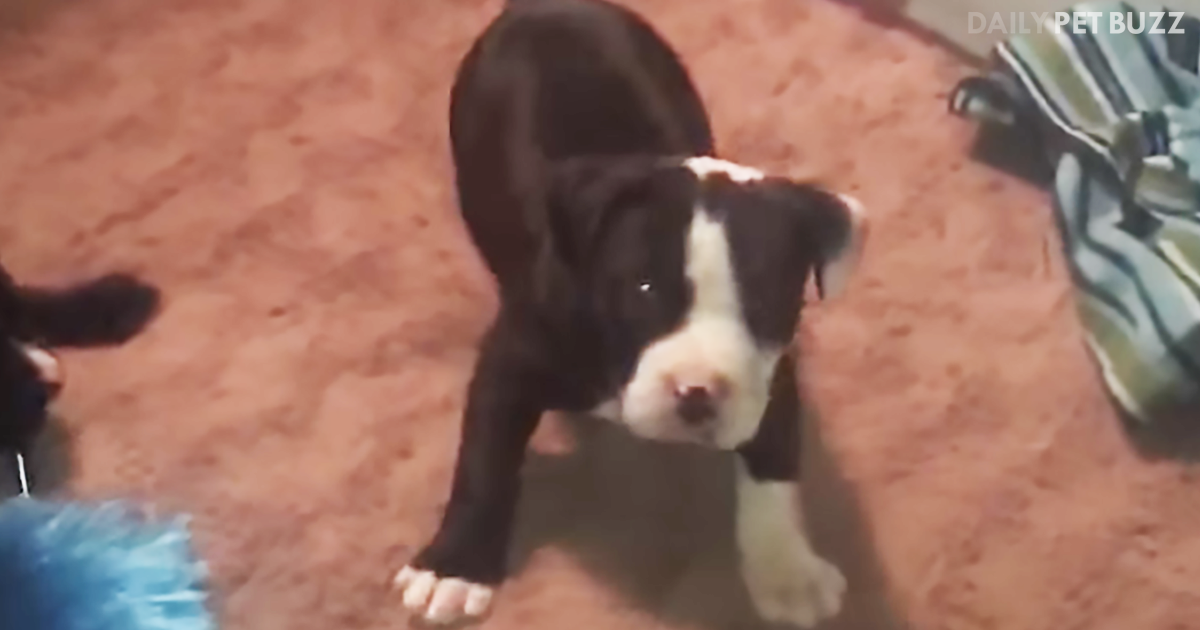 Puppies on any given day can cheer up anyone in the worst of moods. There is a reason that puppies and dogs are considered to be so wonderful for depression therapy, among other talents. The puppy we have for you to coo over today really is just cute as a button.

You know that feeling when your legs won’t carry you quite as far as you’d like them to? Yeah, that’s probably how this adorable pup feels. His teeny, tiny little puppy legs won’t carry him up high enough while he’s trying to join his human parents on the bed. (What makes this all the more adorable, of course, is that the jump isn’t even that high.)

We’ll assume that after these repeated futile attempts, his human mom and dad reached down to help him out and scoop him up. The alternative is that he tried until he reached victory, but that may have taken a few weeks until he was a little bit bigger.

Check out this darling little puppy trying SO HARD to get onto his human’s bed. He even tries the running start, which is just too cute for words. Have a look at this cutie in the video we have posted below.