The job of a wildlife ranger is never easy. They have the very difficult responsibility of making sure that all animals under their care are kept safe from other predators as well as poachers. Many places in Africa make it extremely challenging for rangers. For many people there, this is a very lucrative business. Many families have relied on this for many generations. When animals they hunt started to become part of the protected list, they made sure that their business activities continued.

Amongst the many animals that poachers target are elephants. Elephants have been hunted for centuries. The ivory market is still very lucrative to this day. When they became part of the endangered species, the price for their tusks rose rapidly. Selling a pair of tusks can be several months of wages for any group of poachers. At times when they are targeting an elephant, they end up killing several to make sure no one interferes.

Being a ranger takes complete dedication. This job doesn’t move around schedules. Poachers can attack at any time of day and the rangers must make sure there is someone there to stop them. One of the most dedicated teams of wildlife rangers works in Kenya. They are in the Sera Wildlife Conservancy. Their main responsibility is protecting large animals from risks and of course protecting them from illegal hunting.

Thanks to them, many groups of elephants have flourished and increased in numbers. Before this area was protected, elephant numbers were dropping at an alarming rate. They are always armed and ready for anything the poachers might have.

Recently, a group of Kenyan rangers from this wildlife protected area was making the rounds. On one day, everything looked okay. There were no poacher reports and life in the park was carrying on as normal as always. When they stumbled across a well, they checked to see if it had enough water. What they found was very alarming. A baby elephant had fallen into the well and couldn’t get out. Unfortunately, he had been abandoned by his herd. Without the other elephants to help him, his life was seriously in danger.

They work together and managed to get the baby elephant out. Now, the problem is reuniting him with his herd. By this time, his herd was very far away and has no intentions of coming back. The Rangers start to trace the baby elephant’s head until they find them. Their plan is to tie the baby elephant to a tree hoping that the heard can see him and pick him up. In the meantime, the baby elephant is given fresh water and shade under a tree. Just when they were ready to call it a day, they see a strange reaction in the baby elephant. Apparently, he had heard his herd. They all come up with a plan to get them reunited. Will they be successful? 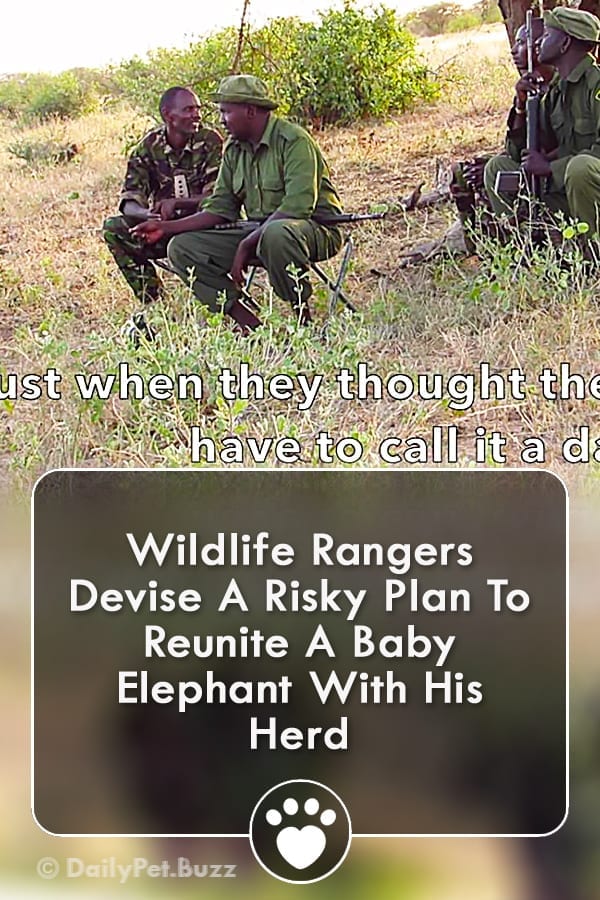