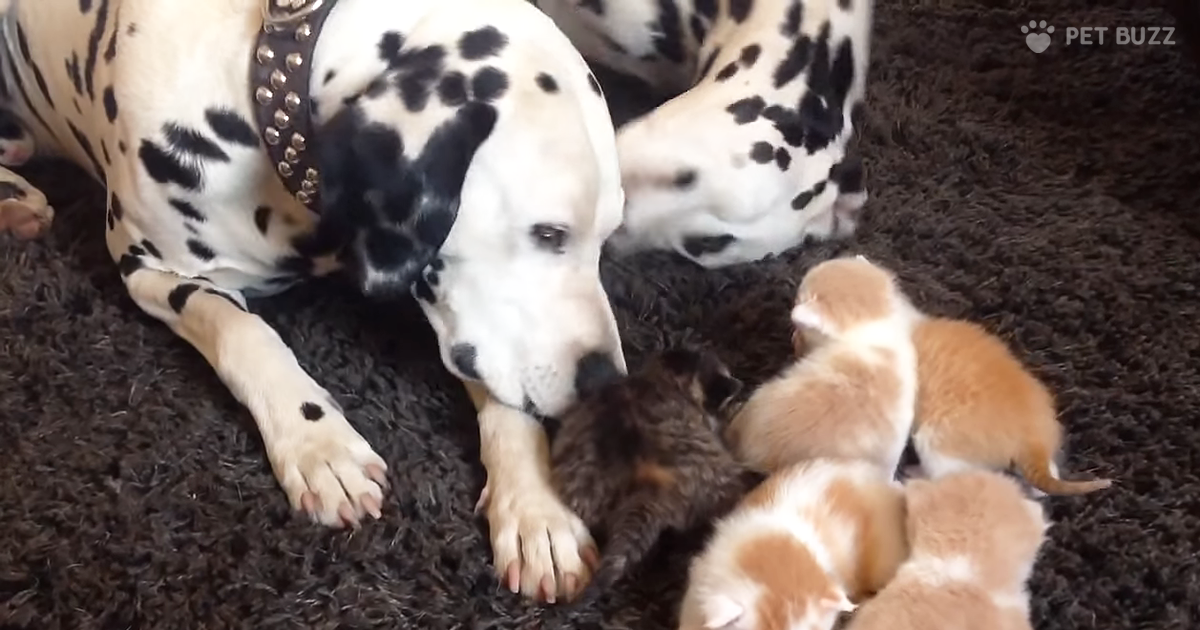 There are times when it’s imperative to bring in young ones who have lost their parents. They are going through an incredibly difficult time, and they need to have as much stability and love that they possibly can have. It’s especially the case when it’s human kids, but that need also extends to puppies, kittens, and other animals.

Sometimes it’s not a human or even an animal from the same species that do the nurturing. Take, for instance, the heroes of this video. We see two Dalmatians, Louie and Lady, who we have posted about in the past. Their previous video just had one kitten with them. This time, there are five of them, and the two doggies are having a blast with the kittens.

You would think that Lady had birthed them herself with the way she is mothering them. These kittens were orphaned, though, and the pair of pooches are lending a loving heart to them. These two Dalmatians can’t get enough of the kittens. Lady is so excited that she wriggles on her back while Louie licks one of the kittens on the head. It’s like they want to be little kittens themselves.

One of the kitties is looking at Lady rolling around on the ground with a ‘What is going on here?’ expression. It’s clear that these two have taken over the parenting role with a lot of gusto. It’s one thing for a dog to just play with a cat. These two pooches are babysitting, and it looks like they would even willingly bring them into their family.

I just hope that they wouldn’t get black paint and put dots on them to make them look like Dalmatians themselves. Then again, that might actually make a great Disney movie – ‘101 Dalmatians 3: When Kitties Invade.’ I’d watch it. Check out this delightful bunch in the video we have posted below. 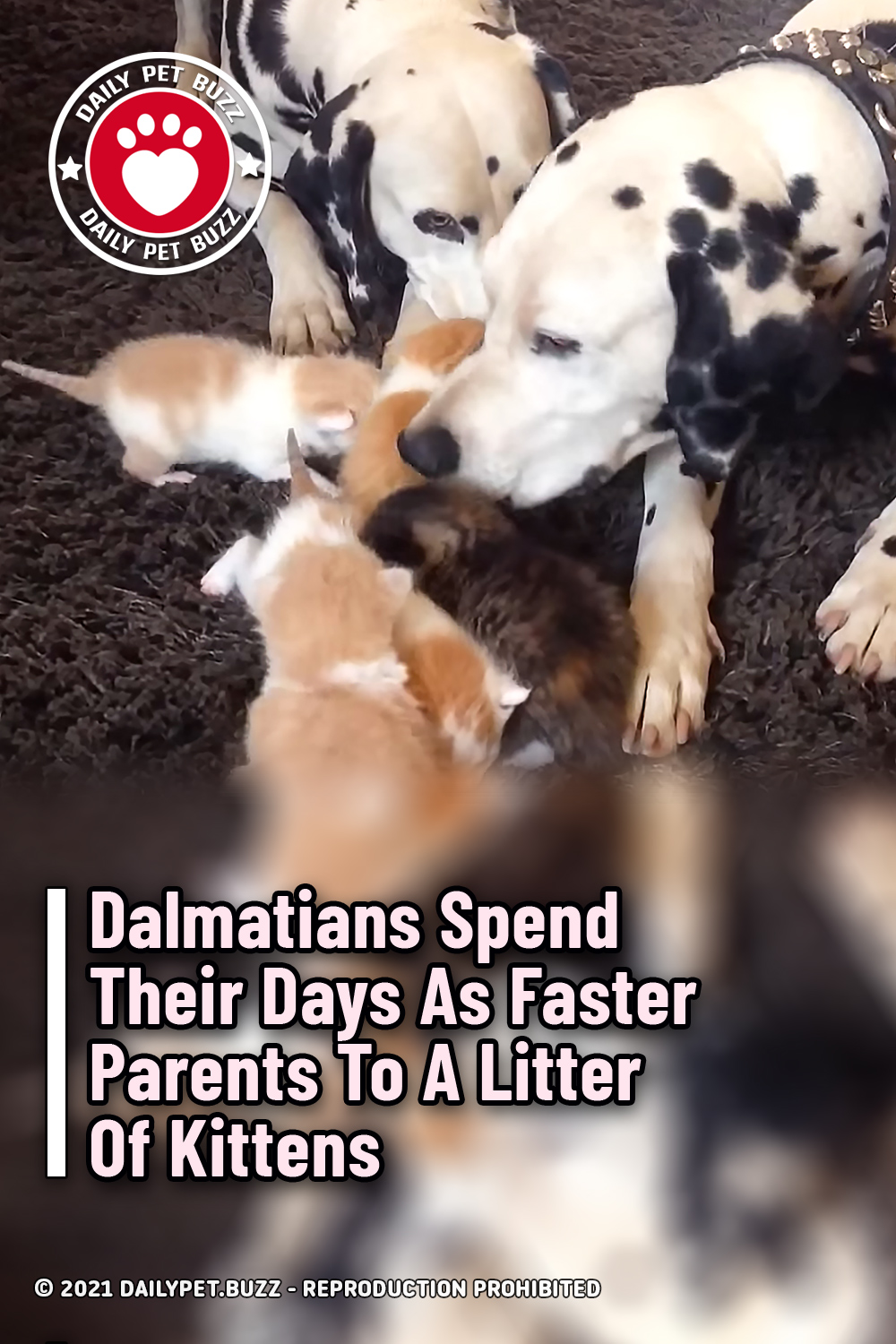