I have seen many dog videos but honestly none of them were as cute and adorable as this little French bulldog who just cannot take no for an answer when he really wants to get his way. This video featuring this adorable French bulldog is really worth watching, especially if you think your dog is very spoiled and misbehaves. I bet your dog doesn’t compare to this guy. This French bulldog was asking his owner to get on the couch because he isn’t big enough yet to get up on the couch by himself. But when his owner denies letting him on the couch, things get quite crazy.

What this adorable bulldog does when he is refused to sit on the couch is absolutely hilarious. I was baffled seeing his reaction to hearing no, and then I realized that he is so spoiled he just cannot take no for an answer. I think his owner is having trouble keeping his word after seeing how persistent his little bulldog puppy is about wanting to get on the couch to be with him. This cute bulldog surely got furious over that denial and really let his owner know he disapproves of that answer. The owner might have let him sit after this hilarious argument.

I had never seen anything like this ever in my life. This is hilarious. Watch this video and tell us what you think about this bull dog’s response. We would love to hear your opinions on this video! 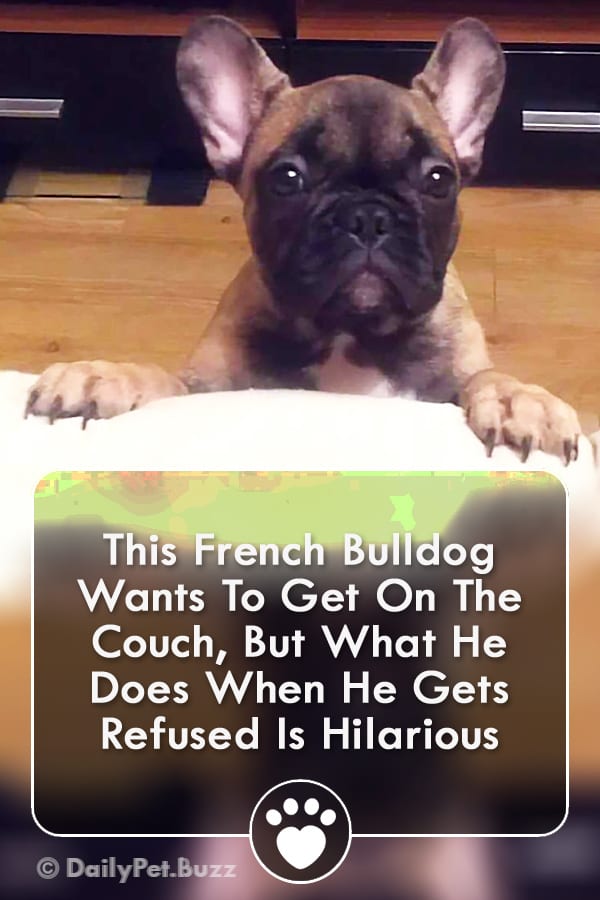