Roozer ‘Roo’ Brewzn is a dwarf miniature horse standing at just 19 inches. He was born in Kansas City in 2011 and suffered from many health issues, including severe angular limb deformities and tendon laxity on all four of his legs. He also had ‘windswept’ legs due to his position while in the womb. All his conditions made walking or even standing a tough job for the little guy and it’s important for any kind of horse, miniature or not, to be able to stand in order to digest food properly. This little guy had a future of health problems ahead of him, and his owners feared he might have to be euthanized.

But thanks to his attentive parents, this brave horse persevered through all his troubles and was able to live a normal enough life. His owner Christine says, ‘After the recommendation to euthanize him, we came home so I could do some soul searching. I sat on the ground, cross-legged in the dirt and watched him whizz by me running with his legs bandaged. I respect the veterinarian’s opinion and knew that if I made that choice to go against what the recommendations were, I was in it for the long haul.’

The clip shows Roo’s incredible will to survive and it also shares with us his one year journey from a struggling newborn to a strong survivor. Watch the video and let us know your thoughts about it in the comments section! We’d love to hear from you! 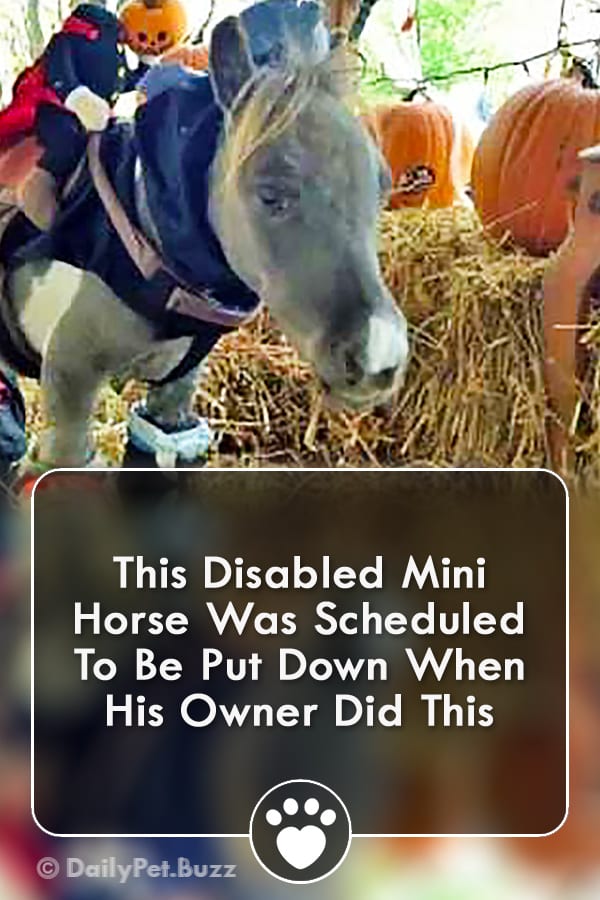