Warning ” the whole birthing process is shown on film. If that makes you uncomfortable, then you can opt not to watch the video. It helps if you’ve attended an actual live birth ” perhaps your own children. I saw my son born via Cesarean, so I wasn’t turned off by this video at all. That’s just a heads-up for you. We meet Diva, a Staffordshire Terrier (aka a Pit Bull) and her boyfriend, Joey, a Shepherd mix. They started ‘dating’ and a pregnancy resulted. We’ll see the outcome soon.

It was now time for Diva to go into labor and bring these pups into the world. There was no sign of Joey in the video, but presumably he was around so that he would see the children he had fathered. Diva lay on her side and started breathing heavily. It would be coming very soon and it would be very interesting to see how many puppies were born. The only question was how well the whole labor process would go.

The first puppy delivery did NOT go smoothly. Diva had never given birth before and when the first wee one was coming out, she decided to sit down – which was not a smart move. Fortunately, her daddy was there to move her flank and get the pup out – which was in what looked like a sac. He broke open the sac and out came a wriggling pup who made his way to his mommy’s teat. Soon many more pups were on their way out.

Diva started getting REALLY tired by the time the last puppies were making their way into the world, and her daddy had to help pull those little ones out. No ‘she’s being a diva there’ jokes – YOU try going into labor and delivering 13 kids. At one point, you’d probably want the doctor to throw a rope in and lasso the babies out – I did have one qualm though ” the daddy should have worn gloves to pull the pups out, but apparently, all ended well.

Wasn’t this a cool video? I thought it was. Tell us all your thoughts in the comments section. Also, please ‘Like’ us on Pinterest. 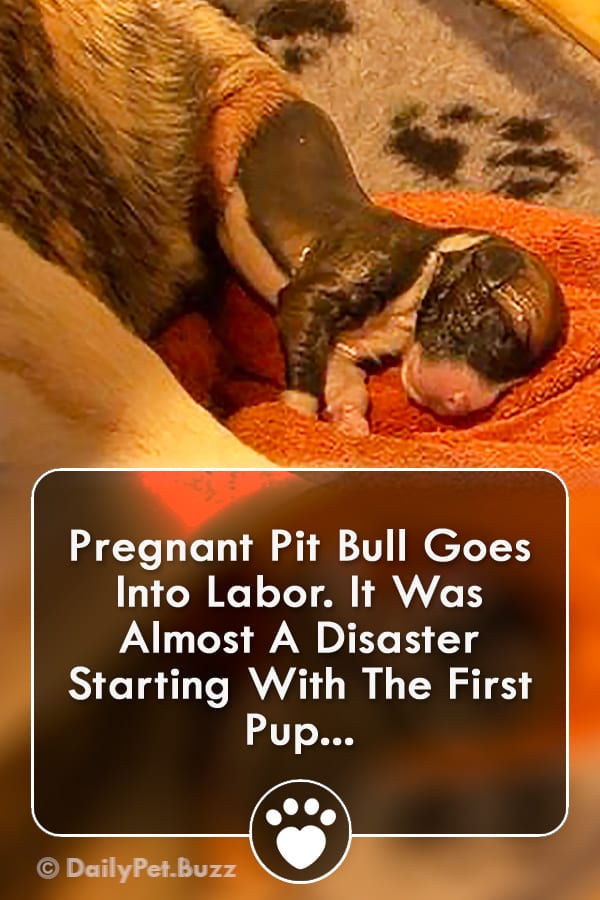