I’ve seen people leaving dogs outside of stores with a leash. Many of them are patient, though some of them start whining the very second their mommy or daddy set foot inside. It’s necessary, though, since leaving them inside a car, even with windows open and the a/c going can be dangerous. Then there’s this unusual dog that we see in this video – you just have to watch it to see what I’m talking about.

We see Jackson, a three-year-old Golden Retriever sitting outside a store. He has no leash and there’s a sign around his neck that reads: ‘Dad Told Me To Wait Here. Me Waiting.’ It’s so cute and he gets so many pats on the head and people take pictures. He seems to be smiling in all of them. This is a well-trained dog, though ” he’ll only go if his daddy calls him. Nobody else. That’s incredible, to me.

It’s amazing that Jackson’s daddy has him trained like this in only the short amount of time that they have been together. Well, Golden Retrievers are pretty quick to learn things and they are so eager to please. Jackson must know that his daddy took him out of a rough situation in a shelter and he’s going to show him all the love and loyalty that he can. It’s clear that his daddy also adores him and trains him with positive reinforcement.

The real test would be if some cretin decided that Jackson would be an awesome dog to snatch away. I think we would probably see a quite different dog than the loveable one we see standing in front of the store. There would likely be snarling and baring of teeth along with probably some bites – it seems like Jackson has already become quite loyal to his new daddy. His patience already shows that.

Have you had a dog act like this for you? How did you train them? Tell us all about it in the comments section. Also, please ‘Like’ us on Pinterest. 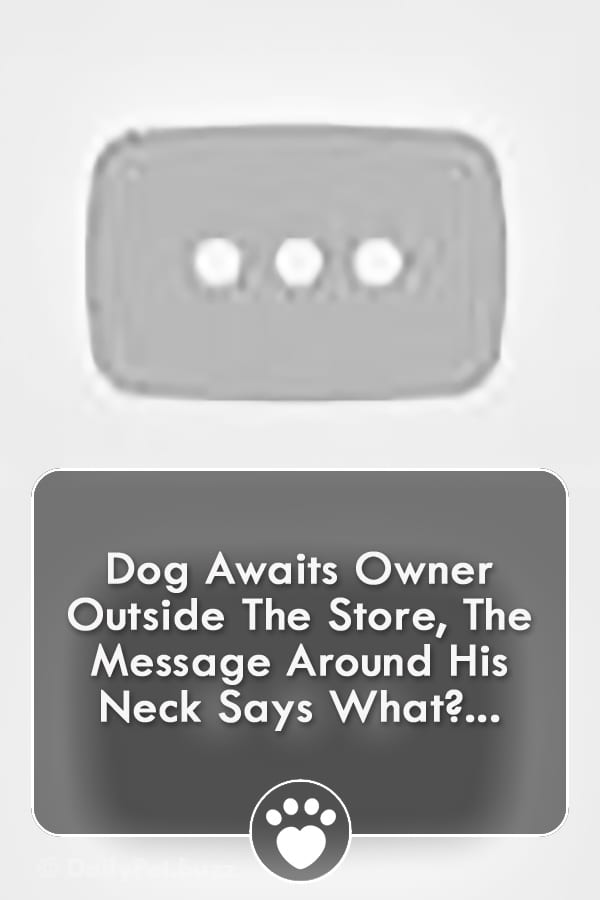