This almost sounds like the real-life version of ‘Turner and Hooch.’ Well, with a happier ending at first, at least. Hey, don’t complain about spoilers here ” the movie’s going to be 30 years old in two years and change. If you haven’t seen it by now or even heard of it – that’s on you. Hooch dies. Back to this touching video about Bruno, a police dog who shielded RJ Young, his human partner from a bullet. The shot went through his jaw and into his lung, but he recovered after emergency surgery.

The whole thing only illustrates what an incredible connection some people and animals can have. The two can have a kinship that’s far superior to any that any humans can have with each other. Bruno gave his partner an unconditional love that few humans could offer. Also, on some level, this dog had to understand what kind of a risk he was putting his body through when he got in front of the gunman. Some primitive instinct must have been rattling around his brain that ‘Gee – I might not survive this’ and he still went through with it. That’s some amazing devotion.

Young showed how much he loved Bruno, too, often visiting him while he recovered and even sat down and pet him while Bruno wore his almost comical looking cast for his jaw. His partner’s presence surely helped the dog recover even quicker than he normally would.

The video aired in 2014 and while there’s a sad ending ” Bruno died two years later. It’s also one that shows the love between the two: Bruno did get to spend his last moments in the same squad car that he had spent hours in while he and Young patrolled around the Anaheim neighborhoods. He had also been adopted by his former partner after being released from the animal hospital. The two bonded to the end.

Watching this left a lump in my throat. Take a look and tell us what emotions it stirred in you. Your opinion matters! 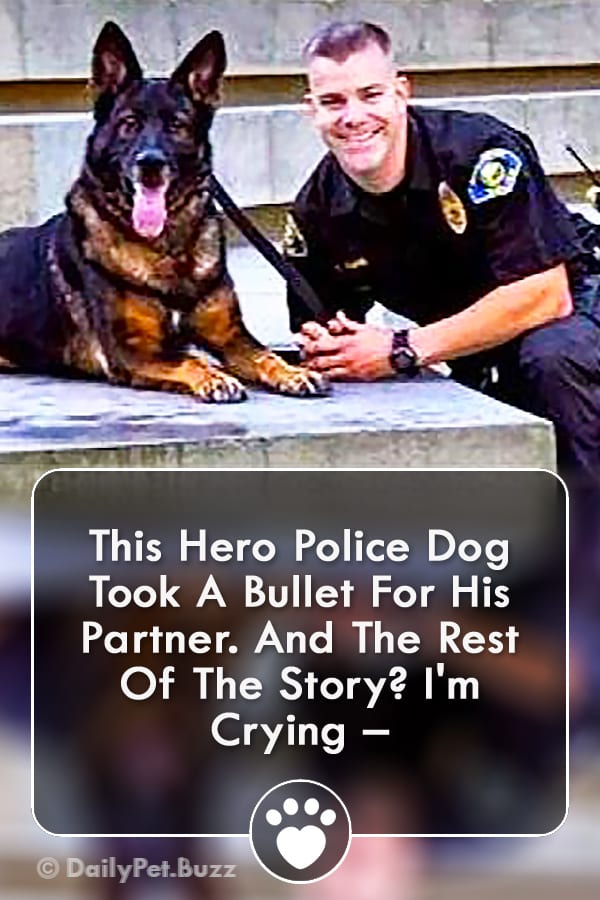