Back in the year of 2014, a couple from Nevada found themselves in love after minutes of meeting this adorable Great Dane. He was just a puppy back then, but he was so cute, they were not able to resist the urge to bring him home with them. Back then, the dog was still little enough to be held in their arms without any trouble, but after a few weeks, that reality started changing very quickly! I don’t think this couple anticipated how much this Great Dane would grow in the next year.

If you like dogs at least a little bit, you are probably already familiar with Great Danes. They are one of the largest dog breeds in the world, and they became more popular after Scooby Doo (a Great Dane himself) became a wildly popular cartoon character. The couple in this video were perfectly aware of how big a Great Dane could get before adopting Rocko, the cute puppy in the video above, but they never expected him to become so huge so fast!

After just a few weeks, the dog had nearly tripled his size, and his growth spurt just didn’t stop, even after over a year of living with his adorable new family. When this video was recorded just a few short months ago, Rocko had already reached the impressive size of 160 pounds! He’s able to stand taller than a man, while on his two back legs, and it’s frankly impressive. 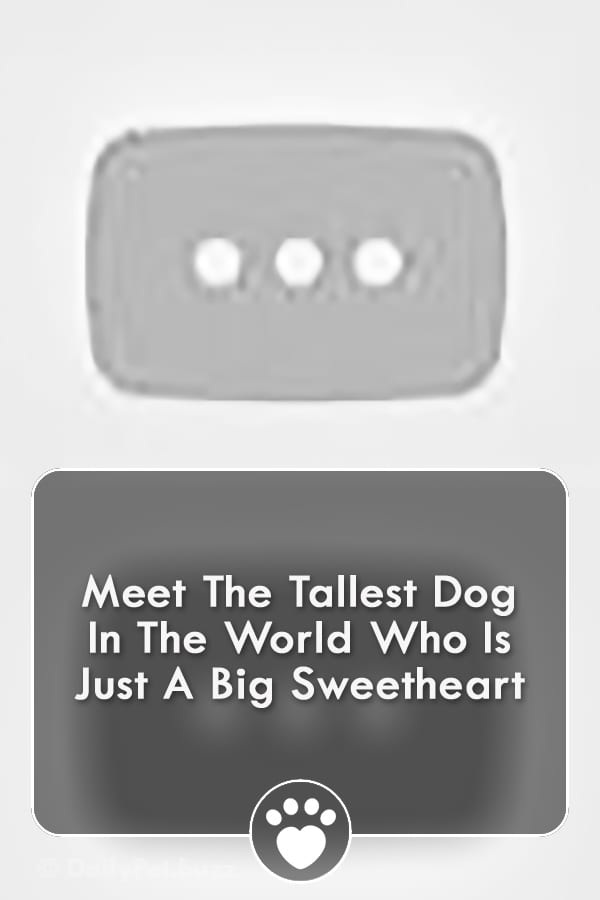