Police officers in Colombia saved a dog’s life when they swiftly went to his aid after he got caught in a flash flood. The dog had been trapped and was unable to escape, and his life was almost lost in the incident. The following video was recorded and posted by the Colombian police, and it shows the struggle that the dog had to live through when he was being overpowered by the strong currents.

As the description in the video says, the rescue was a very risky and nail-biting mission, because the climate conditions in La Liboriana ravine, where the rescue took place, had reached extreme levels. After many efforts from the policemen who tried to rescue the pup, an officer was finally able to take him out of the water and give him CPR. Thanks to their impressive efforts, the dog was able to stand on his own in a very short while, and is expected to make a complete recovery.

The clip was shared shortly after a tragic mudslide hit the area, and destroyed many homes and left over 50 citizens dead. It’s amazing to see that even in the toughest circumstances, there are brave public servicemen who give all they have to protect everyone, no matter how small.

Watch this incredible dog rescue for yourself in the video above. 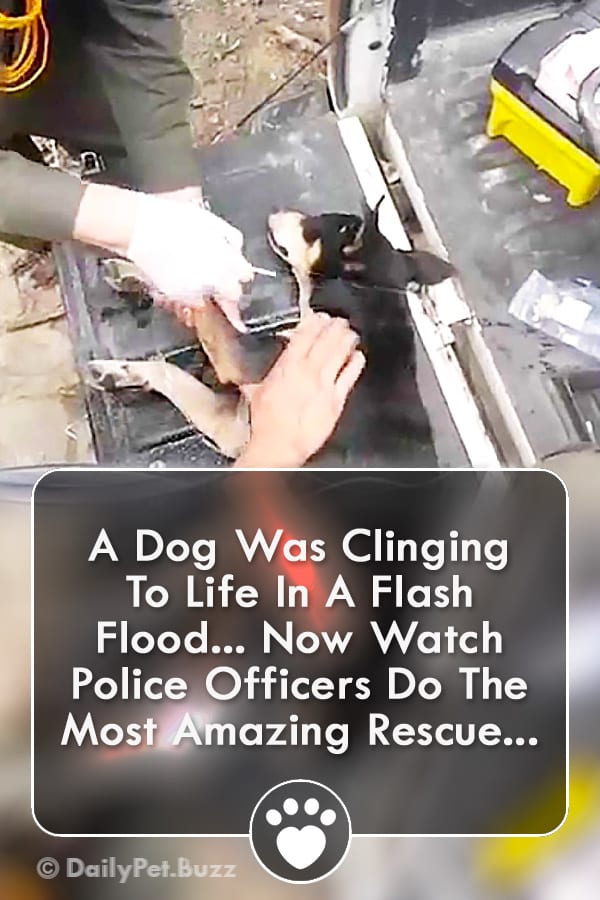