At one point or another, we’ve all met that one breed of annoying person ” the one who constantly tries to be your friend even though you have no desire to hang out with them. It’s like they become your shadow. Though they may annoy you at first, they may actually wind up growing on your as time goes by. Well, you just have to make sure they don’t physically latch on to you. Take this video of a dog who is determined to make an aloof cat his friend –

We see an exuberant dog named Solomon trying to befriend Watson, a cat who is having none of it. The dog trails the cat ALL over the place. If he could talk, we’d hear ‘Hey! Whatcha doing? Hey! Whatcha doing?’ over and over until we wanted to jam our own fingers into our ears to drown him out. Maybe Solomon misread his description as ‘Cat’s Best Friend’ instead of ‘Man’s Best Friend – ‘

It’s clear that Watson is tolerating Solomon. There are a few times that he hisses and even swats at the pooch, but they are half-hearted swipes at most. Believe me, if he so desires, he could open a can of whoop-butt on Solomon before the dog could even blink, but he holds himself back. That restraint is noticed, it seems. Otherwise Solomon wouldn’t be anywhere near as persistent as he is.

The video shows a thawing between the two towards the end. Watson and Solomon start hanging out more and then we see the two of them sleeping next to each other on the sofa as the screen goes dark. Either the cat became more tolerant or the pooch wore his defenses down. Perhaps it was a little bit of both. There are several other videos of them becoming friends, so maybe by the third one they are playing cards together.

How long would you have tolerated Solomon before going into permanent hiding? Tell us your thoughts in the comments section! 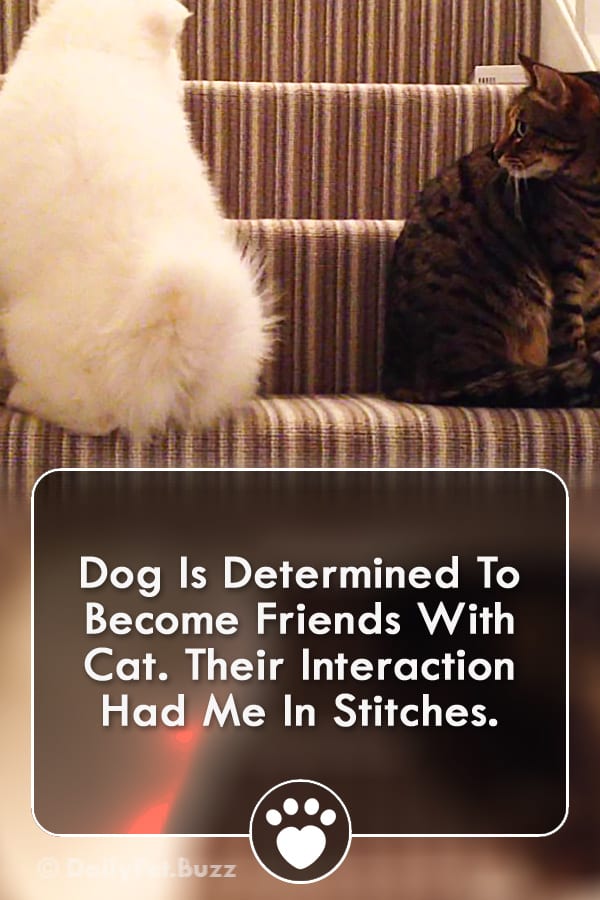