Pets are capable of giving attitude if they think they have been ignored for too long. Forget about people – a cat can give shade like no one else just with one annoyed glance and back turn. It can make a room feel like a glacier has just formed, it gets that cold. Dogs are much friendlier, but even they can give their mommies and daddies a stink-eyed look if they feel slighted. Like the pooch that’s in this video.

We see a rather large dog named Samson sulking in a corner in the backyard. He’s not happy because his parents went out and apparently, they spent more time away than he deemed necessary. Now he’s going make them pay by withholding his affection – for a whole two minutes. That’s a lifetime for a sweet mush like him. After his mommy apologizes, he waits a few seconds and then runs up to her.

It’s like Samson is sitting there thinking, ‘Look. You hurt my feelings. You told me you were going to be gone for a little bit – but it was TOO long. Now I’m going to sit here and ponder your apology. I have to think about if you really mean it. I’m going to thin ” OK! You mean it! Yay! Let’s have fun again. I don’t want to fight again. It makes me sad. Oh – what were we fighting about? Never mind! Yay!’

Of course, the thing is, they were probably gone a short amount of time. Dogs are notorious for their poor sense of time. It’s why they sit in front of the door for nearly the whole day when you go out to work. Still, a guilt trip is a guilt trip, and Samson’s mommy had to get back into his good graces. Then again, it’s usually not that hard to do, especially if you’re nice to the pooch all the time.

Have you had your dog do something like this to you? Tell us all about it in the comments section. Also, please ‘Like’ us on Pinterest. 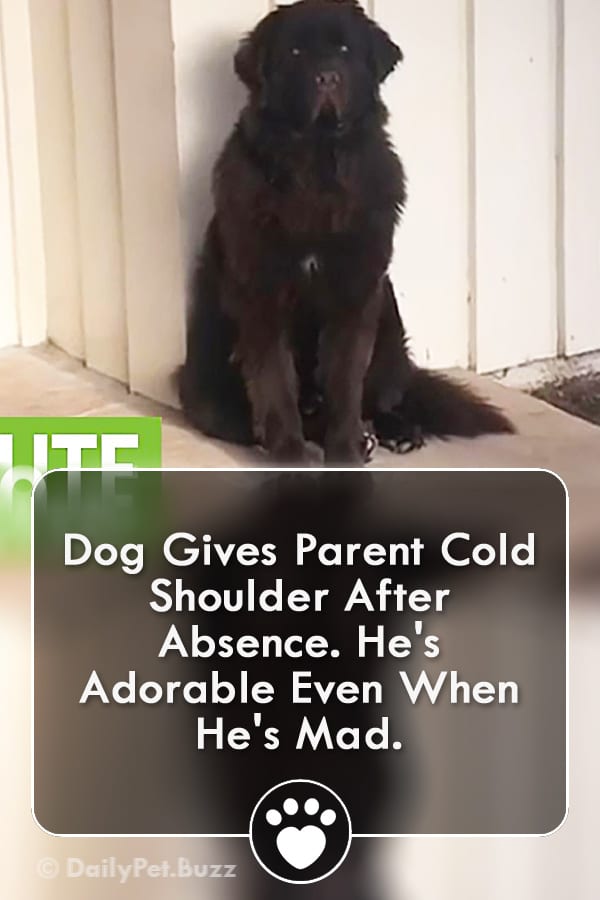