Sometimes life takes a sudden turn and everything changes. It was a similar situation for Caleb Howard and his parents. When everything was going in a right direction, Caleb suddenly had a terrible accident which left him with a traumatic brain injury and broken bones. But one day, a miracle happened and he met a furry friend who lead him on the road to recovery.

Caleb was only six years old when he in a car collision which left him with broken bones and a traumatic brain injury. Because of these devastating injuries, he was not very responsive to his environment, even though he was perfectly conscious. His parents were heartbroken and were losing hope because his progress was so minute. Then Caleb was recommended for animal therapy and this changed his prognosis for the better. But, little did they know that this would be a life changing decision that would improve Caleb’s condition in a remarkable way.

The very next day, a therapist and a dog named Colonel stepped in to visit Caleb. And from that day the most miraculous journey began for Caleb and his parents. Caleb’s eyes would light up when Colonel entered the room and he would immediately become more responsive and more motivated to move to interact with the dog. Watch this clip to see Caleb’s amazing recovery. You won’t recognize the little boy at the end as the same boy you saw in the hospital bed.

Watch this video and do write your comments below. We’d love to hear from you! 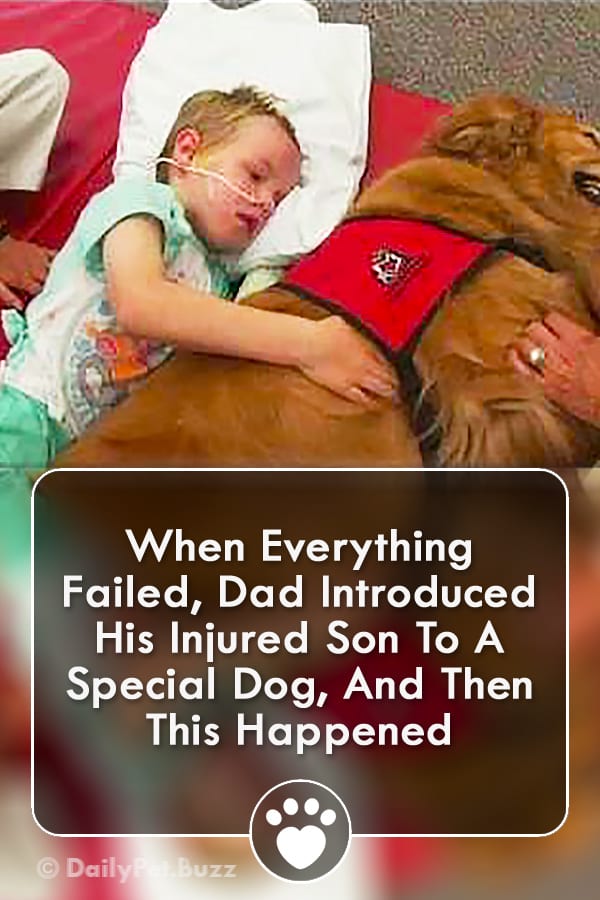