According to an old Russian folk legend, cats and dogs don’t get along because each has been tricked by the devil into thinking that the other has its rightful fur. That’s pretty unlikely, but it is true that cats and dogs seem to be natural antagonists. Nevertheless, it is possible for cats and dogs to live together happily (or at least peacefully) under one roof. It just takes a lot of human-supervised socialization. The result is not necessarily going to be a relationship of equals: a giant dog can end up living in fear of a cat, even though the cat is so much smaller. It’s all about attitude — the arching back, puffing tail, and then those claws come out…

The miracle of life is truly an amazing thing, but there is a catch: the process of giving birth can be excruciatingly painful. Most humans at least get some help: a doctor or midwife and plenty of painkillers. Animals in the wild are on their own, with only their own instincts to get them through the ordeal. When a pet is giving birth, her humans would really like to help, but there’s not much they can do beyond being present and offering moral support.

In the video we’ve posted below, you’ll see something absolutely incredible: a mother cat gets helped through the birthing process by her friend… The dog! The two of them are obviously very close friends, otherwise there’s no way the cat would have allowed the dog anywhere near her newborns. The dog is very gentle and even licks each kitten; it might be his way of welcoming them into the world and letting them know he’s a friend.

Ever seen a cat and dog with anything like this trusting and loving relationship? Have you had any pets who were unlikely friends? Let’s hear all about it in the comments at Facebook. Don’t forget to like and share this heartwarming story! 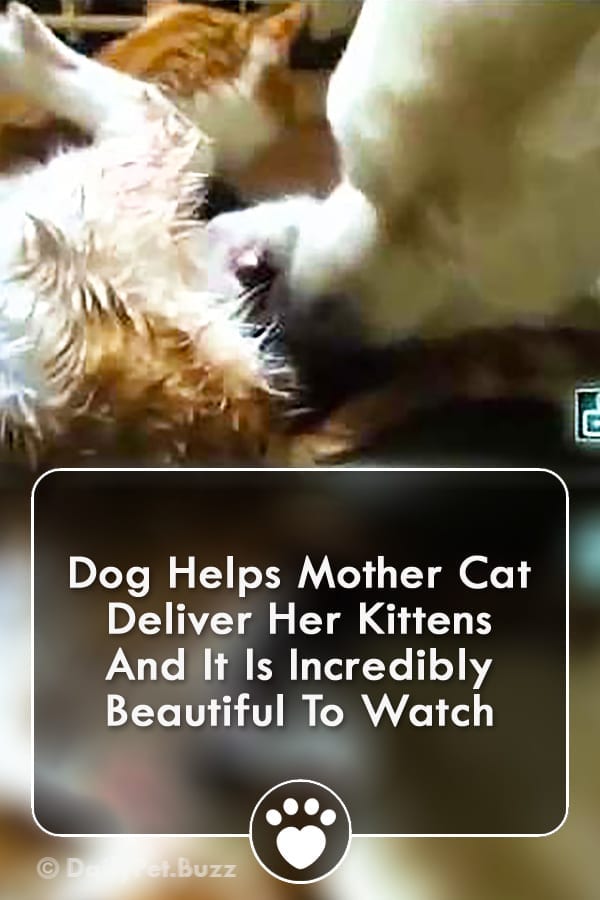