Many street dogs are hardy. They have to be in order to survive. The slightest sign of weakness will lead to their already short lives being made even shorter. An injury can be devastating. Though there are lucky dogs that are found and are given the care that they need before they could be attacked. Amigo, the dog that we see in this video from Howl of A Dog, is in such a predicament.

The first sign that he had an injured paw, besides his licking it all the time, was his leaving a bloody paw print on the streets. This was not going to heal without a vet’s intervention ” something he hadn’t had access to before. Now the Howl of a Dog people were going to take him to get help that he probably hadn’t received before in his life, which was sad. That wasn’t the only problem, though.

Amigo turned out to have more than an injured paw. One side of his tongue had been sliced because he had been eating out of open discarded cans and the metal top would cut him. Fortunately, the tongue heals fast and after some time in the shelter, it looked like new. He may have required some stitches though. It didn’t seem to bother him with his personality, though.

The rest of the video, post-vet, is to make him look as adoptable as possible. They played up his strengths, including his ability to get along well with other dogs. His incredible spirit was played up, as well. Amigo needed a forever home ” and as an update on the YouTube page indicated ” he indeed did get someone to take him. Now he can eat and play without worrying about either his paw or his tongue. Life is good.

I thought Amigo was so adorable. Didn’t you? I was glad his paw healed. What did you think of the video? Let us know in the comments! Also, we’d love it if you ‘Like’ us on Pinterest. 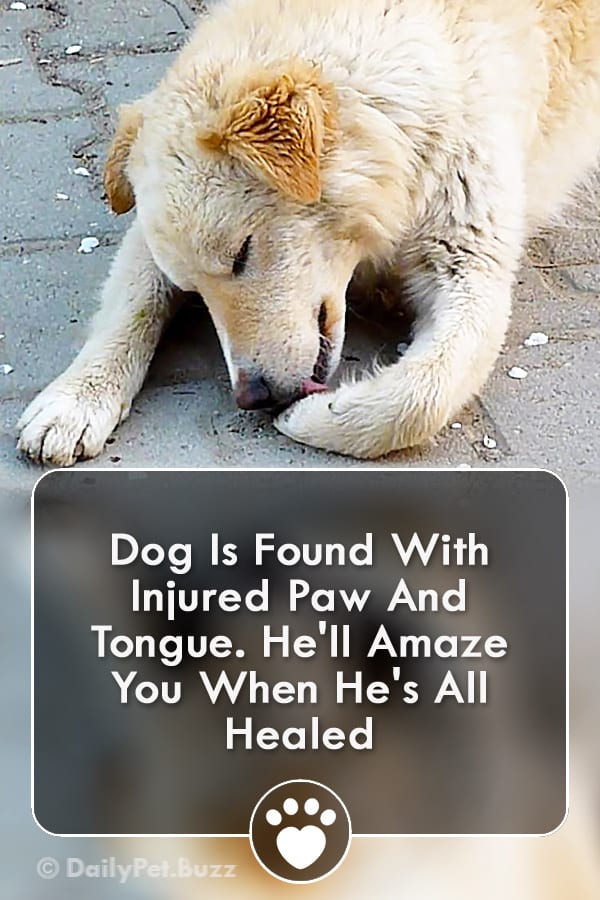