Can you imagine living in a cage knowing that your chances of survival hinged on someone deciding you were cute enough to bring home. No, this isn’t the newest season of ‘Orange Is The New Black’ , it’s about a dog’s life in a high-kill shelter. People literally hold these dogs’ lives in their hand each time they enter the facility. Well, this video shows one canine who gets his reprieve – and he realizes it.

We see Benny, a pit bull who realizes that he’s being adopted. This makes him go into a frenzy of joy. His tail wags faster and faster every second and he even adopts a submissive pose to the person who is going to put a leash on him to lead him toward his freedom. This is one extremely joyful pooch ” why shouldn’t he be? He had been in this shelter for a while and was near the end date of his stay at the high-kill shelter. This was like being freed as you were walking toward the execution chamber.

Benny knows that he’s leaving that shelter and going to a home. Once he saw that front door open with the fresh air, he had to have figured that he was free. There may have been many times when he saw a dog go through a different door – and not come out. He’s so excited and bounding around on the street. Now for him to go home and rest in his doggie bed and sleep the sleep of the free.

Of course, I feel a little wistful for the other dogs that are still in the shelter, some of who will never make their way out of there. It’s a shame, but there’s limited space at these places ” would those people who decry the kill part of it want four or five dogs or more living in these cages? Benny was one of the lucky ones, and if seeing this made one more person go out and rescue a dog, then it worked.

I was smiling the whole time watching Benny prepare to leave. What did you think of it? Do you agree that some shelters need to be high-kill? Tell us your thoughts in the comments section ! 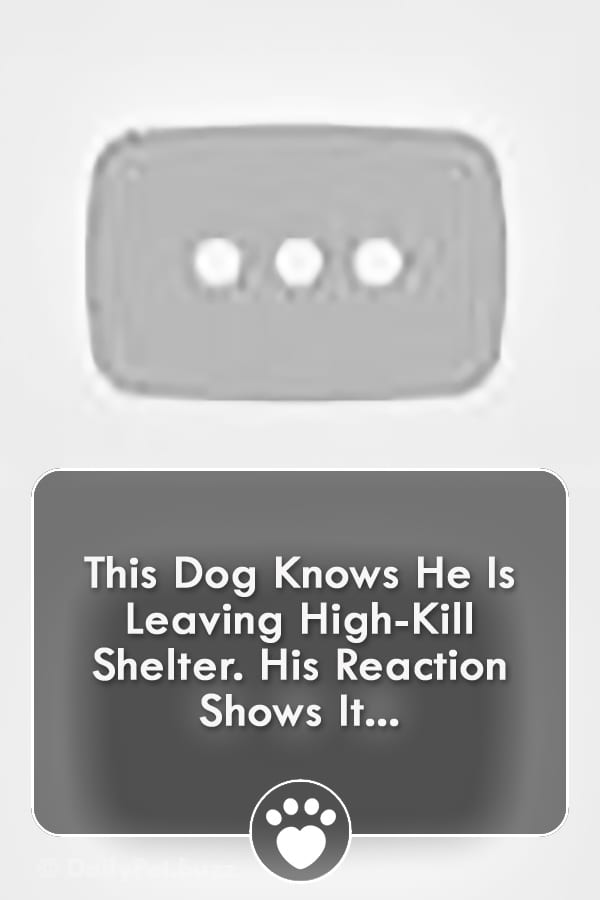