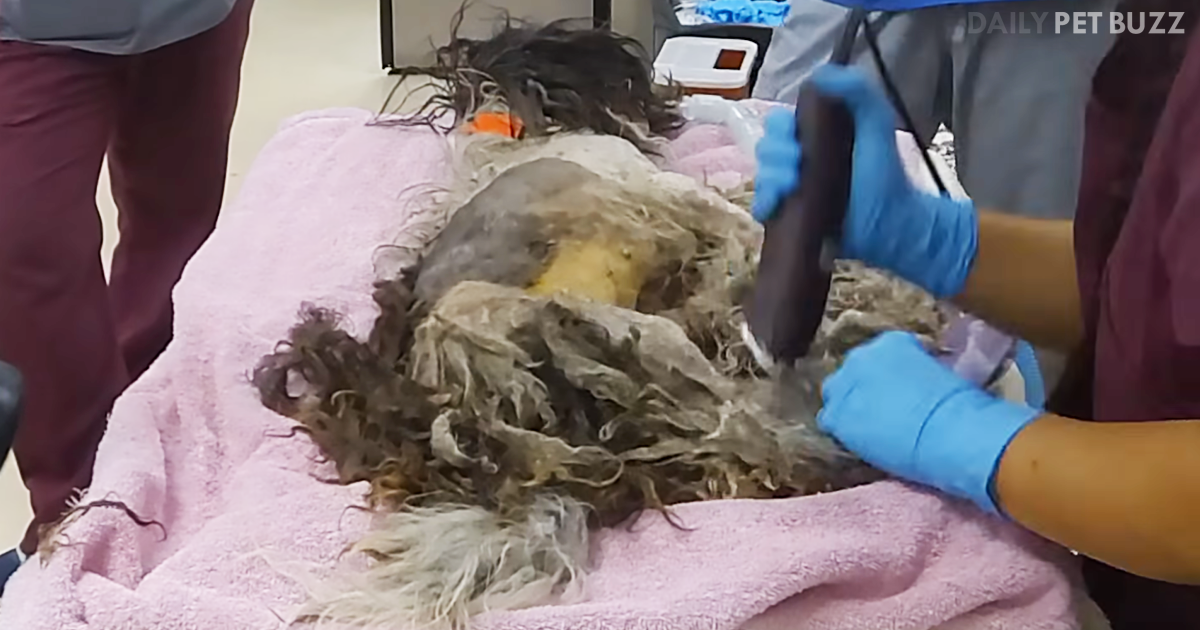 It breaks my heart to see dogs who have been out in the streets suffer from painfully matted hair. It’s one thing to have a breed like a chihuahua that is short-haired all the time. Some dogs need constant maintenance and care to be able to prevent any burrs or mats – and that’s simply not available on the streets. So these canines walk around in a state of perpetual agony – though this video shows where one pooch had that situation reversed.

We see Lizzie, a stray who was brought into the San Jose Animal Care Center. Her hair was extremely matted, and she also had a skin condition. You can see an almost palpable sense of relief that she’s in a place where she’ll have a roof over her head and food to eat.

First things first, though. That hair has to be groomed and fast. Otherwise, she’s going to remain to be a miserable pooch. The groomer had to sedate her to be able to do this – her hair was in such matted condition that trying to use the clippers on her with her awake would have been an exercise in frustration.

They had to have her lie on one side and then flip her over to the other side – like a doggie hamburger. The end result was amazing – she looked like a completely different dog than the one who came in. Lizzie was adorable at the end of the video. She also had a kennel mate that was equally cute. Hopefully, both of them found a forever home very quickly. They deserve it.

It’s a shame that no one looked at her when she had her hair like that – it wasn’t her fault that there was no one to groom her before. Whoever takes her in will need to get her regularly groomed, though. She’ll be worth it. You are going to find this transformation to be fantastic, so don’t miss it and click on the video we have posted for you below. 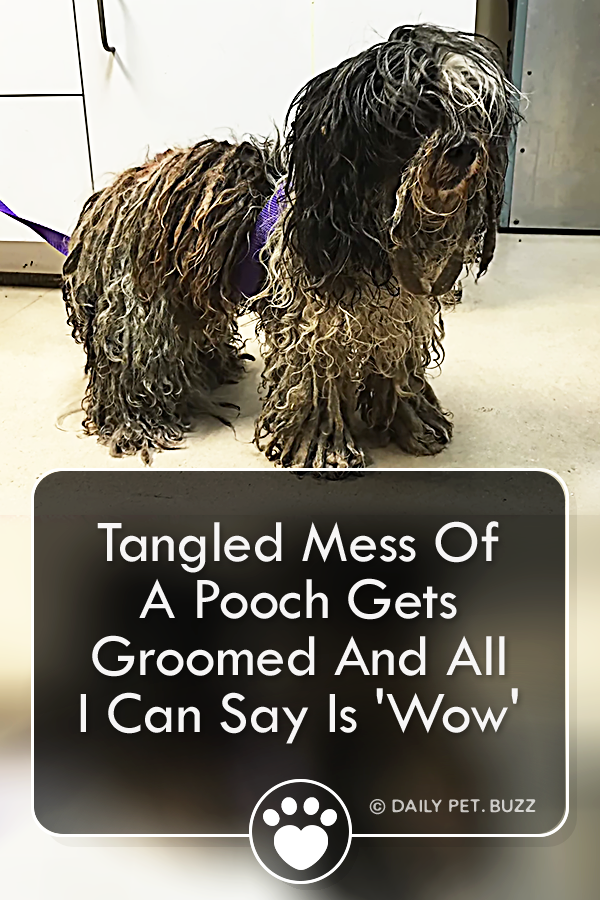