Life can be very hard for stray dogs. They face a daily struggle for survival amid threats from other animals and malevolent or indifferent humans. When they do get rescued, it can take some time for their physical and psychological wounds to heal. In some cases, finding a forever home can be difficult. One stray dog in Bolivia found a perfect forever home and you have to wonder if he’d been reading up on the lives of the saints.

St. Francis of Assisi is one of Italy’s patron saints, but he’s far more famous for being the patron saint of animals. In fact, on his feast day (October 4th), Catholic churches hold special ceremonies for blessing animals! Given his concern for animals and the natural world, St. Francis was arguably far ahead of his time (he lived about 800 years ago).

So the Franciscan monks were putting their beliefs into practice when they adopted this stray dog. For the dog himself, life at the monastery has been, for lack of a better word, heavenly. He has the run of the place and has made lots of new friends. He even “preaches” to the fish they keep in a pond on the monastery grounds. The monks named him Carmelo although he’s informally known as friar Bigoton (literally big mustache) — as you’ll see in the video posted below, it’s the perfect nickname. And while a dog can’t literally be a friar, they couldn’t resist making him a Franciscan robe. And yes, he’s gotten used to wearing it!

The monks are hoping the example they set will encourage other monasteries as well as church parishioners to take in needy animals. Carmelo is such a wonderful little dog that we can certainly say they’re doing well by doing good. 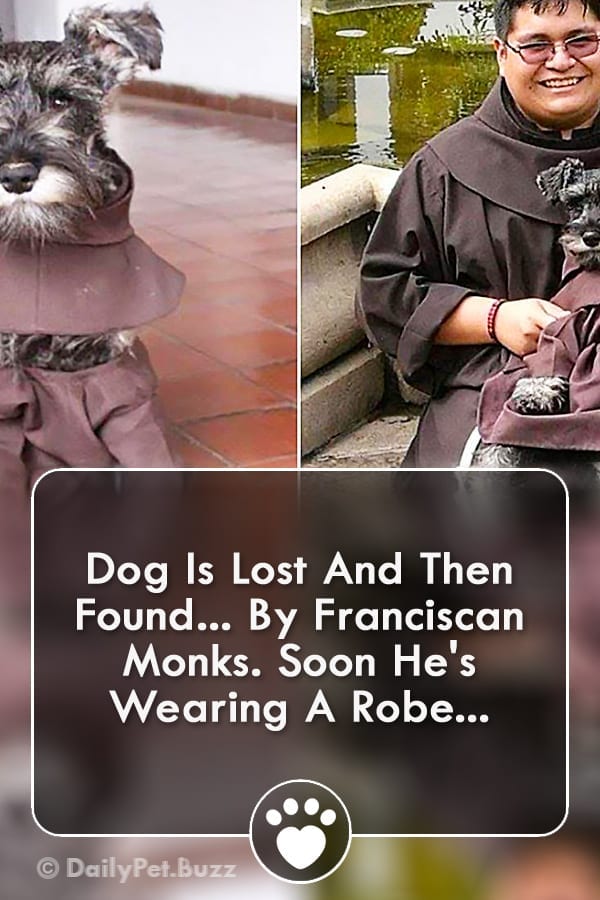