Life is tough in the wild. There’s no doubt about it. Wild animals always have to look over their shoulders and be aware of their surroundings at every moment. You can see them perk their ears up when they hear a sound, even if it is a leaf of grass fluttering in the wind. Every unknown sound could mean danger for them and the herd.

This baby rhino’s mum was tragically killed off by poachers, and the little one had no source of food, and she started eating sand as a way to keep the hunger at bay. Fortunately, Nandi the baby Rhino was rescued by The Rhino Orphanage and was soon given the care and attention the young rhino needed. Named by the team at the Rhino Orphanage, Nandi soon adjusted to her new home and now is healthy, eating solid foods.

The Rhino Orphanage has done some great work over the years as they specialize in the rescue, rehabilitation and restoration of abandoned rhinos. Once Nandi matures, she will be returned into the wild from where she came, to live an independent and free life. But until then, she is the cute, adorable and happy rhino in her new home. Watch the video to see how happy she is with her humans.

I love rescue stories, but I also love watching the genuine happiness of the rescued animals. Organizations like this give the abandoned and orphaned animals a second chance at life, so kudos to them! SHARE this video to give recognition to the Rhino Orphanage and also, just to bring a smile to a friend’s face. What did you think of the video? Write in and tell us in the section below! 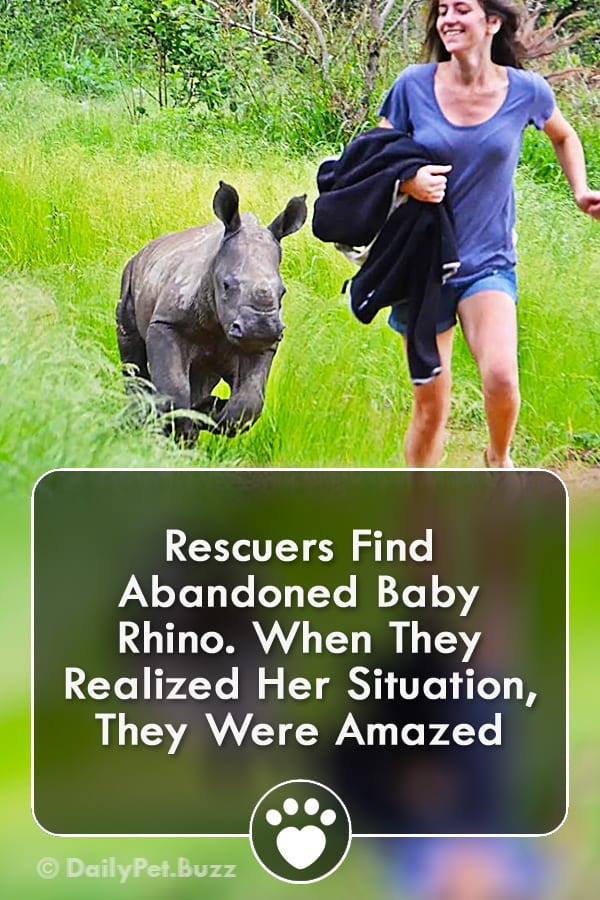