Huskies are known to be a talkative breed. This fact was known all over the world thanks to a beautiful dog called Mishka. When Mishka’s ‘talking’ video was uploaded on the internet, it actually started a whole new trend. This pooch, along with her sister Laika, is one of the most-recognized dogs on the web. The video above features one of their hysterical conversations!

When Mishka received a dog toy from her owners, Laika wanted it too. She wants her sister to share, but Mishka is obstinate about not sharing. So they continue to argue and debate back and forth over the dog toy. By the looks of it, they really have a lot to say! The video also comes with subtitles in case you don’t speak ‘husky.’

First we see beautiful Mishka playing with the purple toy, and then enters Laika. She strikes out on getting Miska to share. But it’s not enough for Mishka to say no. She has to rub it in Laika’s face that she buried her last toy and can’t find it. They argue about this for a while and finally, Mishka has had enough and goes back to playing.

But there’s a third dog in this scenario. This dog doesn’t seem too interested in the toy or the two huskies. I don’t know what breed of dog this is, but he turns out to be pretty smart. Watch the hilarious speech balloons to find out what this third dog is thinking.

Watch this adorable clip above! Did this make you smile? Don’t forget to share your thoughts with us in the comments section! 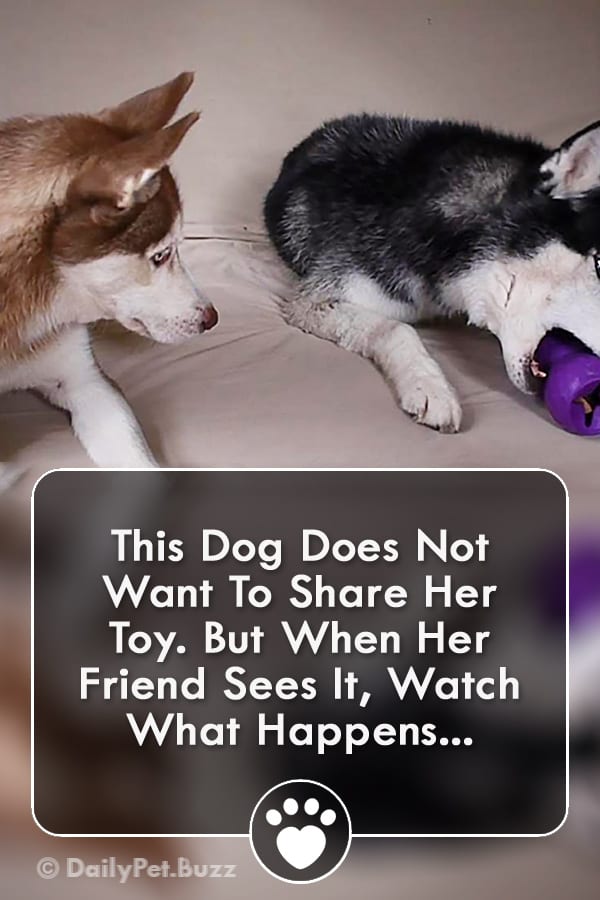