Dogs are known for their loyalty, playfulness, curiosity, and their willingness to protect their families at all costs. While pooches are chock full of incredible qualities that make them some of our absolute favorite creatures in the entire world, they also have a tendency to misbehave and get into trouble sometimes when we aren’t looking.

You can try your best to train a dog to behave and avoid tearing apart your home, but some dogs just can’t resist the urge to get in a fight with a couch cushion, toilet paper roll, or tempting bag of treats. Unfortunately, even scolding the guilty pooches after the fact doesn’t stop them from being a repeat offender, and they might just do everything in their power to deny that they caused the mess to begin with.

Just check out this guilty pup, Shadow, in the clip down below. When his family discovers that he made a big mess out of memory foam, they approach him with the evidence and try to get him to fess up to what he did. Shadow had other plans, though, and totally avoided making eye contact out of fear of admitting to his wrongdoings! Isn’t this hysterical?

You have to see the clip for yourself. You’re going to be cracking up when you see the guilty look in this pooch’s eyes! The poor dog knows he’s in trouble! Only when he starts being lovingly pet by his family does he start warming up and interacting with them as normal. Probably because he knows he’s too cute to stay in trouble for very long!

Have you ever seen a pup so obvious in their attempts to avoid punishment? This is hilarious! Don’t forget to leave your thoughts on Shadow’s adorable expression in the comment section below. Then, share this video with your family and friends to give them a good laugh! 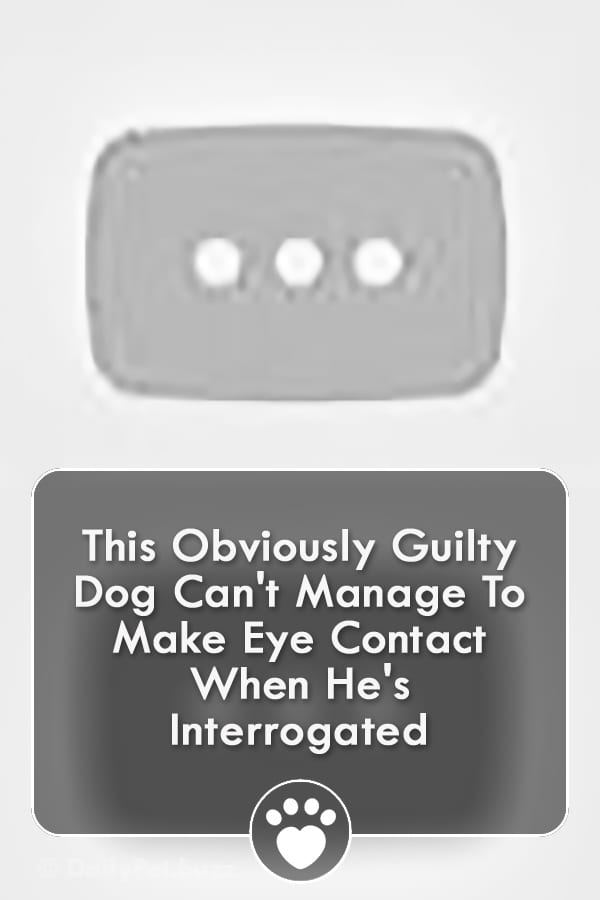