The Vizsla is a breed of pointer, originally from Hungary. With an outstanding nose and receptiveness to training, the Vizsla is an excellent hunting dog, easily able to work in field, forest, and water. But these lively dogs can also be gentle and affectionate and this makes them highly prized: a working dog that can also serve as a great household companion. Vizslas are very loyal and protective of their humans and love being at their side, a trait that has earned them the nickname “velcro dogs.” Little wonder that the breed has been in demand since Medieval times.

In the video we’ve posted below, a strikingly handsome Vizsla named Argus has noticed there’ a delicious tater tot on a high counter in the kitchen. Argus is young and impulsive, but he’s already had some training, so he certainly isn’t going to try and jump up on the counter to grab it. No, that would be going way too far. What he will try and get away with is standing on his hind legs and reaching for the potato-based object of his desire. His human captured the hilarious video of the dog’s efforts and added a humorous sound track.

We don’t know what Argus was really thinking, but it can’t have been too different from the words that the video puts in his mouth. “Oh, smells so delicious! Oh, tater tot, you can do it. C’mon, just back it in here. Come with me.” Argus’ “tater tot attack” doesn’t work, nor does the clever dog’s “surprise” version of it. “What if I suck it in with my nose?” Good idea, but that didn’t work, either. After few more tries, Argus gets slightly philosophical: “So delicious and so far away. How do you do it? How do the humans do it?” The frustrated dog really wants that tater tot: “Come on you! Honey, I just want you!” 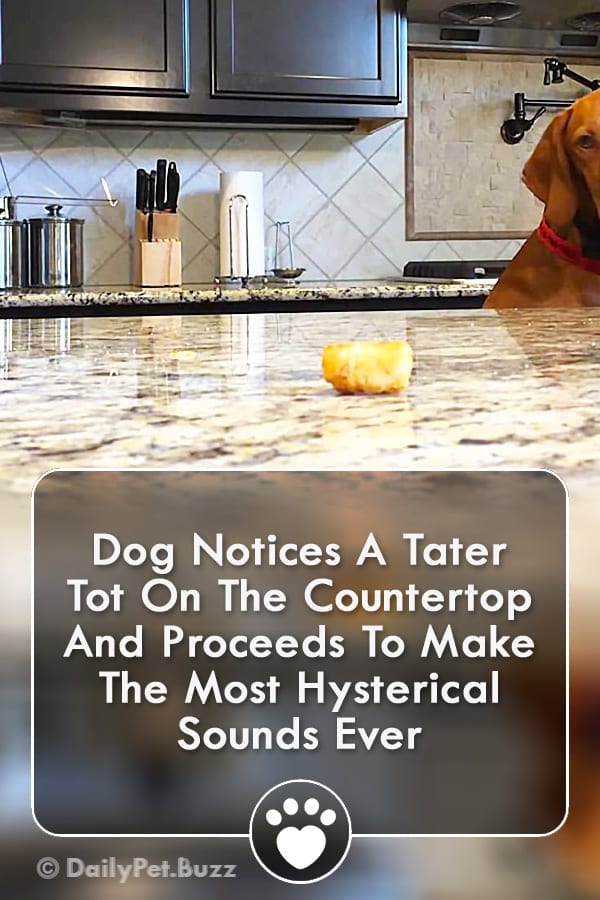