This Golden Labrador Retriever is name Artie and he has a phobia that may seem a bit unusual. Artie is afraid of carpets. The poor dog has a very hard time even stepping on one. However, Artie is determine to overcome that phobia as you will see here.

There are many types of phobias in the world we live in. We can have a fear of heights, a fear of flying, a fear of public speaking, this isn’t uncommon for individuals, but apparently human beings aren’t the only ones to experience phobias. As illustrated here, so can dogs, if Artie is an indicator.

When the video first begins we see that Artie has a fear of carpet. He literally stands in the entry way to the room that has wall to wall carpeting looking at the floor and hesitating. His family seems to want to help Artie over come his fear and start encouraging him by chanting his name and telling him he can do it. Just when it looks like Artie might be giving up on facing his fear he does do it, in a unique way that is quite funny to watch.

Despite being funny this moment is also inspiring Artie faced his phobia head on, which is something many of us are told to do in order to over come it. As his family cheered Artie for facing his fear we have to as well. So, watch what Artie actually does to meet his fear head on, then give us your opinion by leaving your comments below. 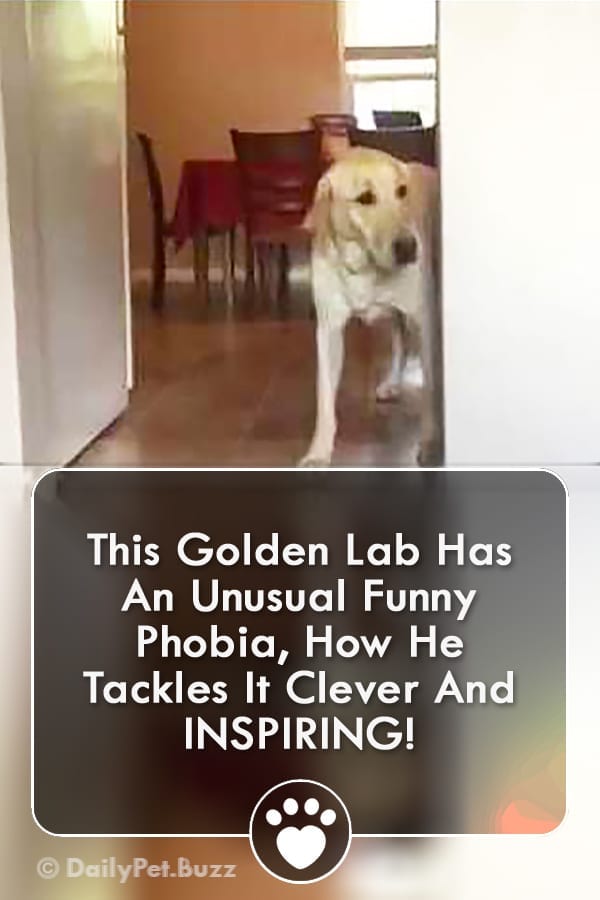