Crufts is a British institution and holds the crown of the finest dog show in the world, where people come from far and wide to show off their K9 companions. Every year some incredibly beautiful animals are on show, as well as top breeders, innovative exhibitions and stalls, and breath-taking arena routines. In short ” it is a dog lover’s paradise.

It’s seen a lot of pooches perform in its 125-year history, but possibly none quite as hilarious as this display of boundless energy from Olly, the Jack Russel. This vivacious little guy has got enough energy to light up an entire town ” and he certainly lights up the main area at the dog show!

The timed assault course is always an entertaining challenge for those daring dogs who enter, and they’ve always got an eagerness to learn and boundless enthusiasm to boot. Olly however, decided to take it to the next level, and the antics of this full-of-beans animal, just loving his life, has got tongues as well as tails wagging!

The commentator loses it as Olly smashes himself around the course with wild abandon ” and he will have you rolling with laughter too! First off, he tackles a jump bar, but completely misjudges it and wipes out on the green carpet ” to the audible gasp from the watching audience. You can’t keep a good dog down though ” and Olly simply shakes himself off and bolts for the next challenge!

Then it just becomes the Olly show, as the wired pupper blitzes his way around the area ” sometimes completing an obstacle, and sometimes not. He doesn’t care at all, he’s just got oodles of energy and is so excited to be allowed to use it! Olly’s handler does her best to keep the little darling on the straight and narrow ” but Olly isn’t having any of it, and off he bounds to wherever he pleases ” leaving the audience crying with laughter!

Although Olly might not actually win anything when it comes to completing the course, we’re certain he’s won the hearts of everybody watching ” simply for his zest for life and leap in his step. We doubt you’ll see a more uplifting video all day and surely this proves once and for all that dogs are better than cats – ?! Check out Olly’s side-splitting antics below ” we doubt there was ever a more entertaining routine at a dog show! 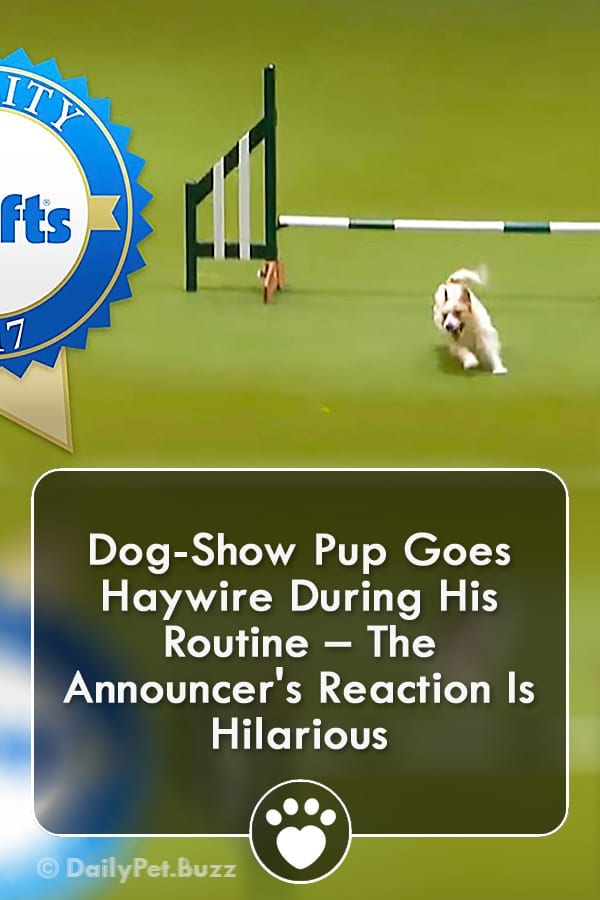