It is always heartbreaking to see animal cruelty, which due to publicity and awareness campaigns, we see more and more of these days on the Internet. But different people and organizations have been working hard to prevent it, which is the main objective of these awareness campaigns for animal cruelty. The Humane Society is one of the organizations working to end animal cruelty. It is one of the largest animal protection groups in the United States. It is involved in lobbying for pro animal legislature, investigating cases of animal abuse and rescues followed after the investigations. This organization has saved a lot of animals from some shattering conditions.

This clip shows how they rescued some puppies from a puppy mill. The little guys were living in a dreadful state. One of these puppies, later named Billy, was in a terrible condition. He had been jailed in a rusty cage and the poor thing was famished in such a way that he was nothing but skin and bones. But thankfully, these rescuers got there before it was too late. Billy was rescued along with the other pups who received medical treatment and the care they needed in order to get healthy before being put up for adoption.

Watch this touching video and let us know what you thought about it through your comments! We’d love to hear from you! If you think Billy’s story, and the story of all of these rescued pups is worth sharing, please repost this video on Pinterest to bring awareness to others. 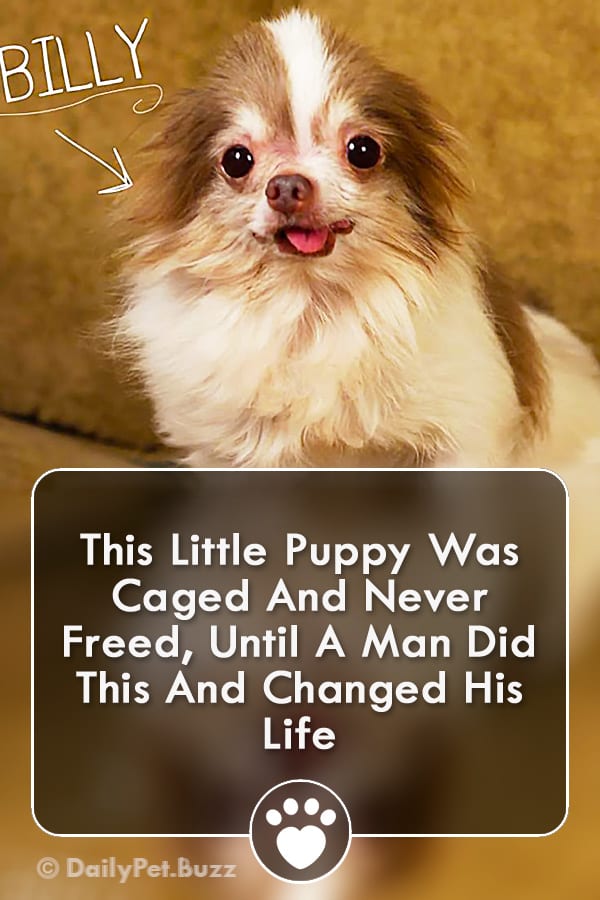