We all know that dogs love to dig holes. Sometimes they’ll burry their bones or a snack in order to save it for later. Other times they just want to dig for fun. While we don’t like them digging in our backyards, a hole on the beach? No problem!

So when Sheila, the dog in this video starts vigorously digging a hole in the black sand, she is clearly on a mission. And after a few seconds, she finds her prize at the bottom.

When Sheila smelled something hiding beneath the sand, her curiosity certainly got the best of her. She couldn’t help but investigate the mystery underneath.

She keeps digging and digging. Finally, she comes upon what she had been smelling. An unsuspecting crab!

After the crab gets exposed, it frantically runs away from the canine explorer. But Sheila doesn’t let it get far. She keeps prancing around the little crab in an attempt to play with the little guy.

Although Sheila is clearly having a lot of fun with the crustacean, it seems fair to assume it’s not a mutually beneficial relationship.

While it’s clear Sheila doesn’t want to hurt the crab and only wants to play, we can tell the sea critter just wants to get away from the hulking beast.

What do you think about Sheila’s remarkable ability to sniff out the crab? Does your dog have a nose like hers? Tell us in the comments. We’d love to hear from you! 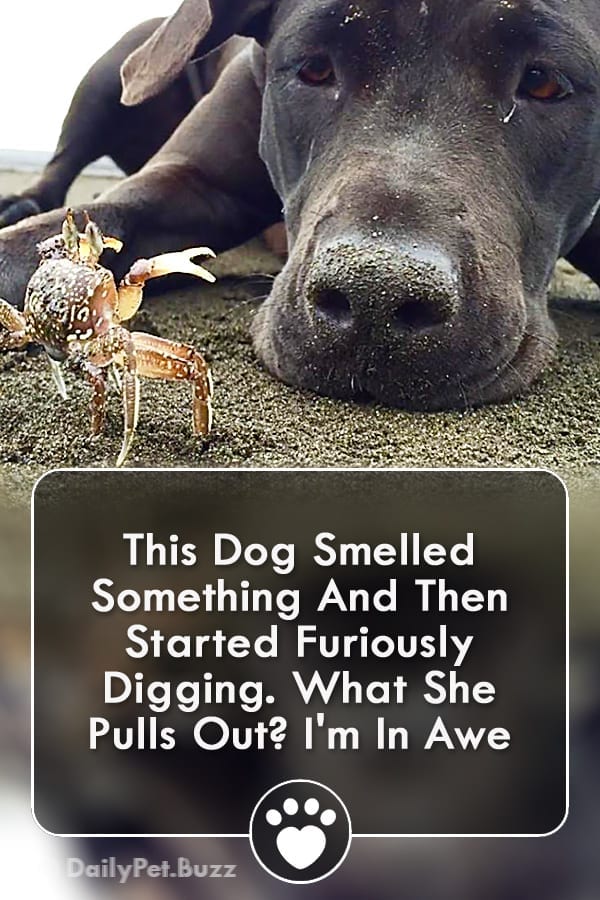