Humans and dogs have been a team for at least the last 15,000 years, all the way back to a time when the last ice age was coming to an end and people everywhere were still living as hunter-gatherers. In fact, it’s likely that dogs were the very first animal humans domesticated. Dogs are intelligent and amenable to training and so they’ve been put to work at various useful tasks: guarding people and places, pulling sleds, herding sheep, dealing with vermin, and helping with hunting. More recently, working dogs have been given some new assignments: sniffing for contraband and explosives, guiding the blind, and serving as therapy animals. All along, dogs have had one more important role: beloved pets.

The quality we most associate with man’s best friend is unshakable loyalty. Dogs form strong bonds with their humans, stand by them through thick and thin, and above all, never forget them.

For one dog, a trip to the airport got him a wonderful and totally unexpected surprise: his human dad — who had been away for 3 years — was finally coming home! When the dog’s old friend came through the door, he whistled in a way that instantly got the dog’s attention. Once the man got a little closer, the dog stopped in is tracks and stared in disbelief. It’s dad! Seconds later, he hustles over and gives his human dad a big hug and plenty of doggy kisses. The dog was so overwhelmed by joy that he ended up on the floor, wiggling around and yelping excitedly.

We’ve posted video of this heartwarming reunion between dog and dad below. You’ll surely be at least as charmed as the people in the airport who saw the happy event in person.

Were you surprised by this dog’s ability to recognize the human dad he hadn’t seen in 3 years? Or is this exactly what you’d expect from a loyal dog? Let’s hear from you in the Facebook comments and don’t forget to like and share. 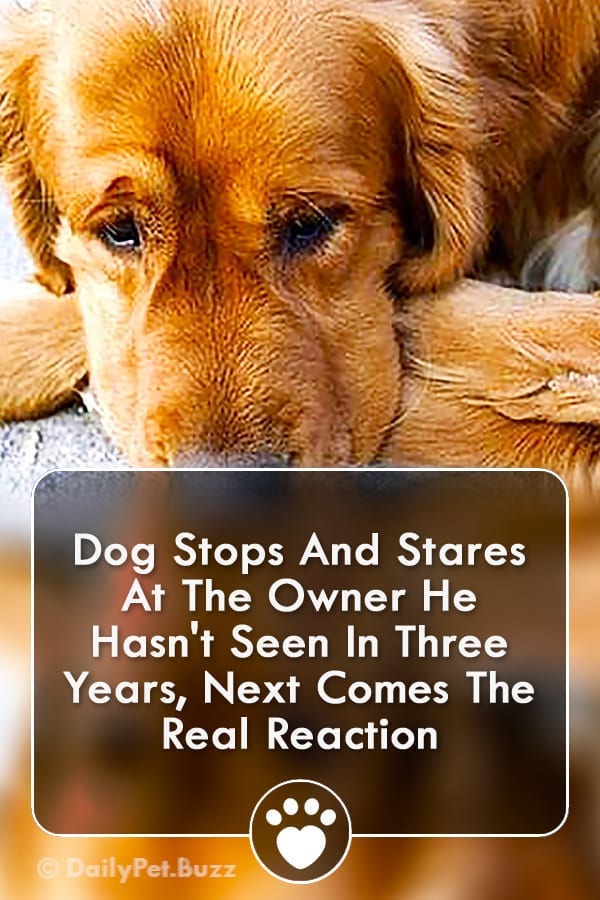