Dogs are beautiful, loyal and smart. Sometimes these traits end up creating hilarious situations.  The dog in the following video had an amazing solution to ‘walking’ in his new pair of shoes, which he clearly hates. I have seen this behavior in pets before. My friend had to put mittens on her furry friend in order to prevent him from scratching up the floor. Although the dog was absolutely miserable, he still wagged his tail at her. Boston terriers are extremely smart, and one of my favorite breeds. The following short clip will have you laughing at this particular Boston terrier as he tries to outsmart his shoes.

The Boston terrier in the video above needs to wear shoes to protect his feet, but he doesn’t understand that. The streets outside are salted in the winter, so when he goes out, the salt stings and abrades his puppy paws. I’ve seen Boston terriers to do some amazing things, like learn to actually smile ” and I’ve also seen a video of a Boston terrier who can say ‘hello’ ” but what this dog does to avoid wearing his snow boots is unlike anything I have ever seen. I hope he knows we are laughing with him and not at him, but he is really entertaining.

This little terrier, named Gizmo, definitely got creative in avoiding using his boots. Have you ever seen a dog who can do this? 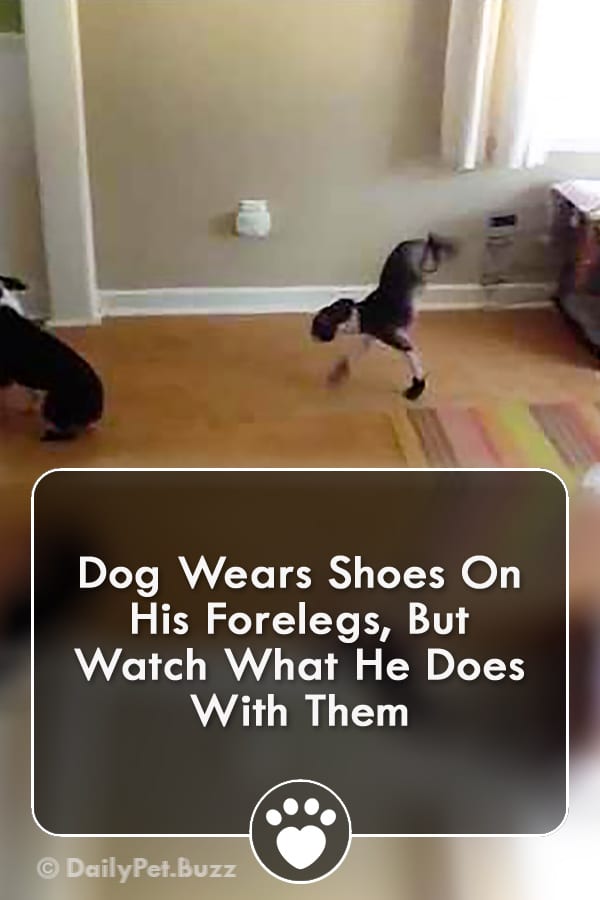