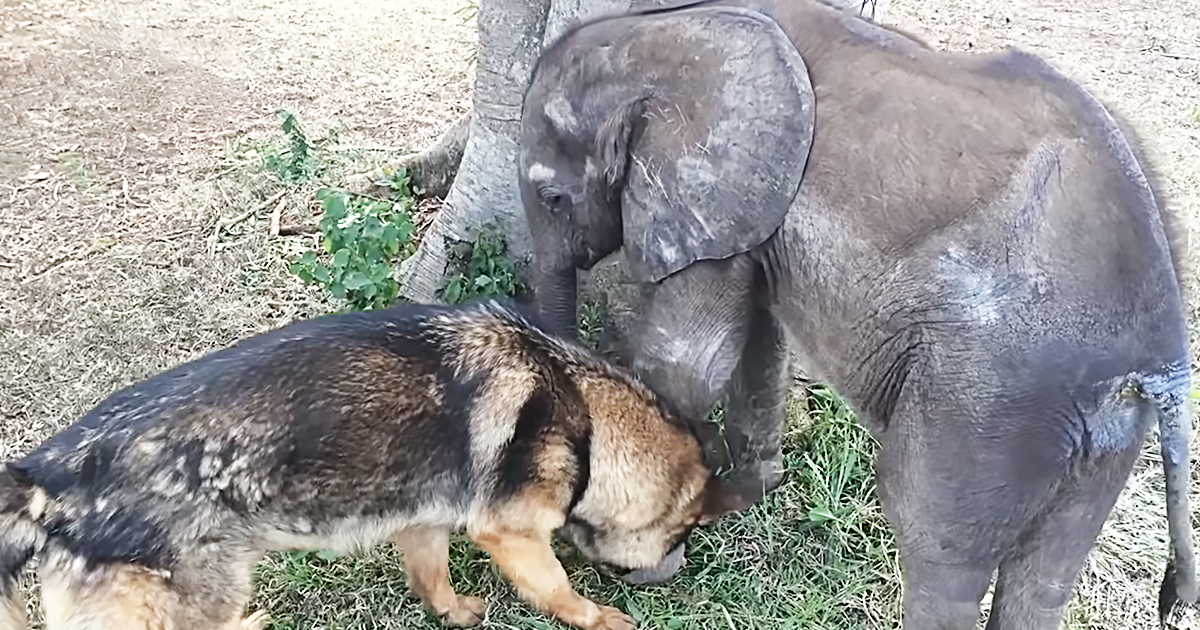 Every now and then, we find a friend in the most unlikely of places. You would be looking for a familiar face to stop by and get you through your time of despair, but it’s a total stranger who would help you without expecting anything in return. That’s exactly what happened to an adorable baby elephant named Ubuntu.

Ubuntu was renamed by the rescue as ‘Ellie.’ This baby elephant was rejected by his herd. When he was discovered, the staff at the Fundimvela Thula Thula Rhino Orphanage (FTTRO) tried to get him back with his family many times. Unfortunately, they had no luck. It was also discovered during this time that Ellie was extremely sick.

Karen Trendler, who works as a rehabilitation and crisis response expert at FTTRO, said, ‘We realized he actually had a huge umbilical hernia and abscess, which means the entire umbilical, or belly button, area was open and was very infected.’

‘And,’ she continues, ‘That’s a direct connection into the blood supply. In 99% of cases, an umbilical abscess of that nature is fatal.’ But the staff at FTTRO doesn’t give up on her. They even go so far as to make him his very own homemade formula. They need to do this as he has developed an allergy to every other kind they could give him.

Ellie was healing physically, but he suffered psychologically from his illness and being rejected by his herd. Wildlife experts explain to the Daily Mail, ‘To be rejected at birth causes an elephant extreme psychological distress. Elephants find it extremely important to be part of a family group and require intimacy, company, and comfort to be stable.’

The Daily Mail continues saying that these types of traumatic experiences can also cause physical signs and symptoms in rejected elephant calves. One of these symptoms is diarrhea, which can be deadly to a ‘vulnerable’ newborn calf.

Karen Trendler explains, ‘The calf elephant was here. He was particularly weak, particularly ill; he wasn’t so much interested in doing anything. He was very lethargic, very disinterested.’ Everything changes when FTTRO staff introduced Ellie to an unlikely friend.

The friend is a retired service pup named Duma. Karen Trendler explains, ‘We introduced Duma and the elephant at the sandpile, and it immediately cheered the elephant up.’ The two of them grow incredibly close. They love to hang out and play together. What the staff thought would be only helping the baby elephant short-term, ended up being an amazing friendship. They not only became friends, but they also became brothers. Check out this sweet story in the video below. 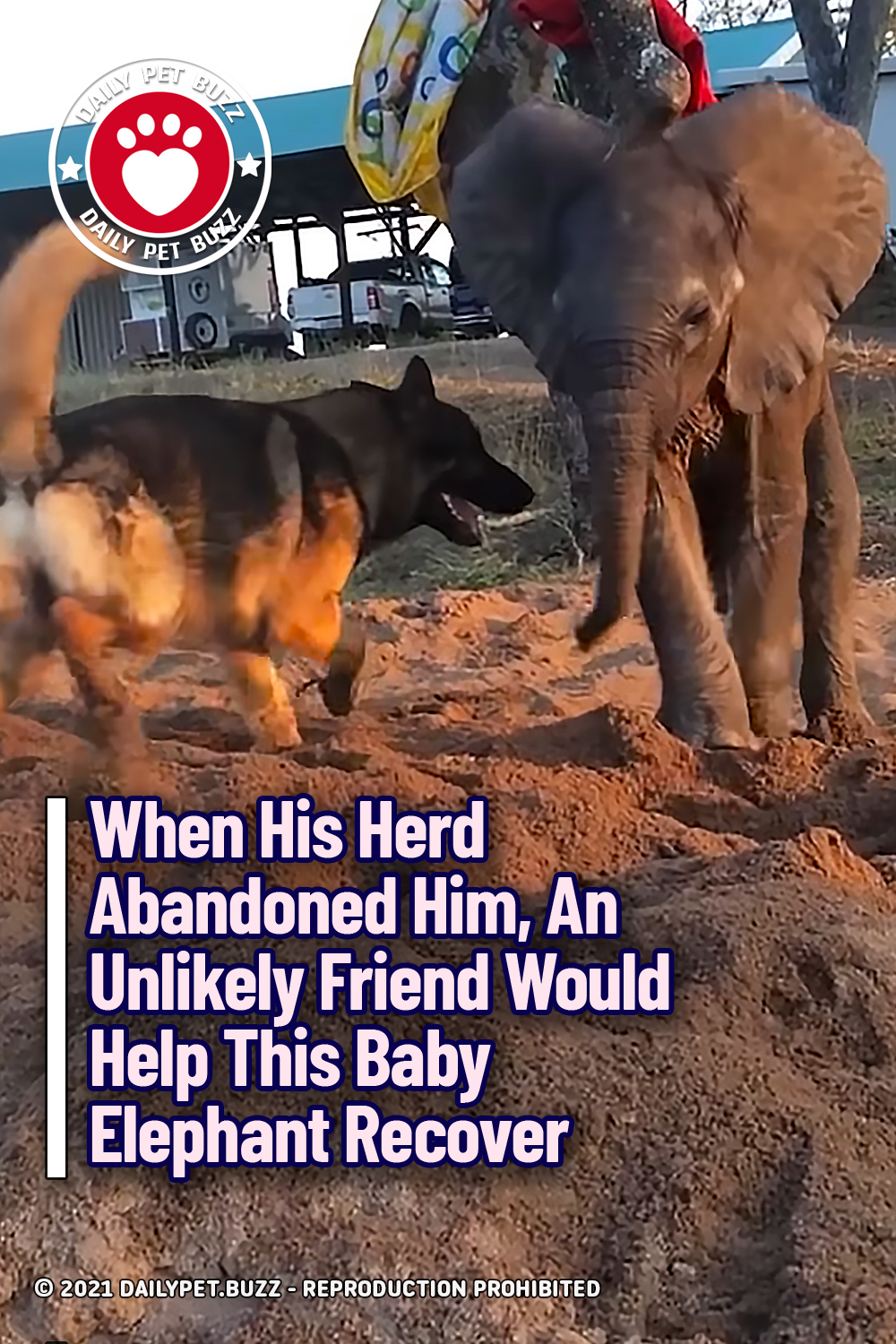