It’s never ideal to be caught in the act. When you do something wrong it can be hard to hide your guilt or your shame. Sometimes the best approach is to act like nothing is happening at all. Simply ignore the person telling you that you are clearly in the wrong. At least that’s what one silly Pitbull did. When confronted about all the clean clothes that now adorned every corner of the room, the same clothes that he was found hiding under, it appears his tactic is spot on. Just ignore dad until he goes away – Until Dad doesn’t go away. At which point, it’s clear that it’s time for the backup tactic- act cute, act silly, and throw a tantrum. These things combined will win over even the coldest of hearts.

Yet, when we look back it appears the reaction isn’t quite what the young pup was expecting. The fellow black Pitbull joins his white, tinier counterpart in smother dad in love. Even after the tantrum, in fact even during the tantrum, Dad isn’t even mad. He just burst into laughter as he listens to the growls and protesting groans and moans of his littlest Pitbull. All he can do is laugh as he attempts to make a mess of things and make quite a scene while doing so. His father must be a very light-hearted man, as he doesn’t respond with anything harsh. He just sort of stands back and appreciate the hilarity of the tantrum this little puppy seems to throw.

What did you think? We’d love to hear from you. Please leave us a ‘Like’ on Pinterest, share this hilarious pups outrage with a friend or family member and give them a laugh today. Oh, don’t forget to leave a comment with your thoughts and opinions in the comment section below. We appreciate your feedback and we appreciate you. Thank you. 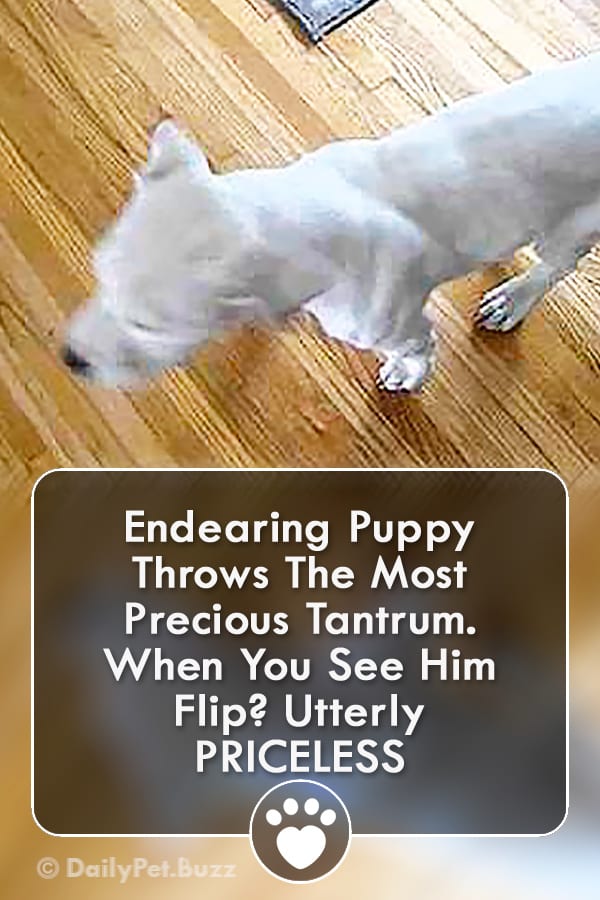