Being in the military many times can be a difficult experience for the whole family. Having to relocate to unknown places results in kids having to adapt to different schools. And even a whole different culture entirely! For the family featured in the following story faced an even bigger heartbreak.

The move came at a great cost to the family: they couldn’t bring their dog Zeus along with them. They dropped Zeus off with a friend, and left for a new life in South Korea. But a few months later, the Harworths received a devastating phone call. Zeus had passed away.

Heartbroken, the Harworths eventually moved back to the United States. That’s when something absolutely shocking happened.

A woman named Laura from North Carolina found a big dog wandering around her neighborhood. The dog looked exhausted, sick, and malnourished, so Laura opened her car door and took the dog in. When she took him to the vet, the doctors scanned the microchip and made a stunning discovery. The dog’s name was Zeus, and he belonged to the Harworths.

However Zeus was diagnosed with heartworm just before his trip home. But another miracle happened! The staff at Banfield Pet Hospital heard of Zeus’ incredible story, and they volunteered to drive him the 3,000 miles to his home! 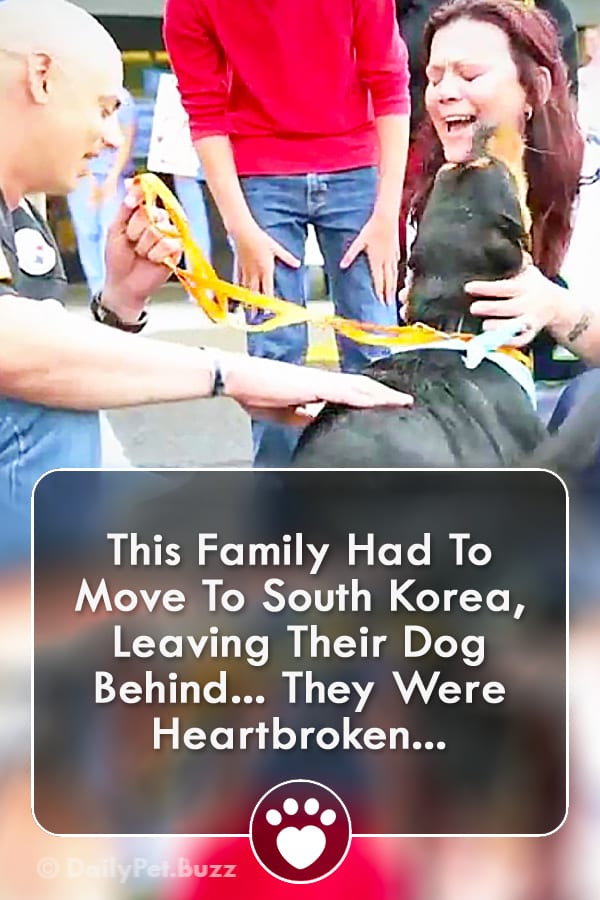