Dogs have wonderful memories. They never seem to forget anything; whether it is one of their favorite toys or even a person they met once long ago. They’ll show their enthusiasm happily, and you’ll know if they’re happy or sad just by their expressions and behaviour. Dogs don’t really tend to disguise or hide their feelings.

When Finn was just a few months old, he had a toy named Piggy. It was a squeaky little toy that Finn chewed to pieces. He loved it so much, he took it EVERYWHERE he went. But there is a thing like too much love and soon that toy met its maker.

His humans could tell that he missed it, but soon he had a basketful of toys to play with and life went on. Fast forward five years later and his humans decided to surprise their lovable doggie. You have to WATCH the video to see his happy and surprised expressions.

He is so transparent in his happiness, it melts my heart. His humans got him another Piggy and boy, was he over the moon. I just loved his reaction. What did you think of the video and Finn? Has your pet ever gone bonkers over being reunited with an old beloved toy? Write in and let us know in the comments section below! 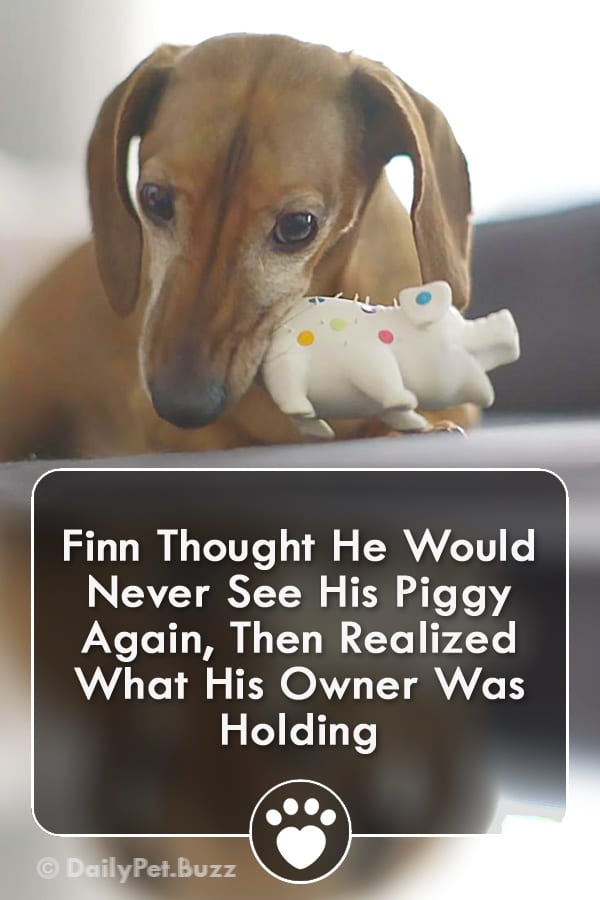