Every person I know loves a cute French Bulldog video. Those adorable tiny Bulldogs are simply mesmerizing to watch as they go through their day, always being remarkably lovely. In the following video, Alice the French Bulldog is very adamant about being allowed up in the couch, but her tiny legs aren’t lengthy enough to jump onto the couch just using her own strength. She’s going to have to do some serious problem solving and convincing of her owners if she wants to get on that couch.

She continues to be only a cute and struggling doggy, and she hasn’t yet accepted the fact that she can’t join her dad right up there on the couch, but she has found out that yelling at her dad to allow her up, or at least to help her out a little bit, might just work. That is a very peculiar noise that Alice is making! I’ve never seen a dog make a sound like that one before, but French bulldogs are known for making unique sounds to get what they want!

It’s difficult to just watch this lovely little French Bulldog’s attempt at climbing, without ending up with a smile in your face. This cute little Bulldog will steal your heart if you allow her to, and I think you definitely should!

What did you think about this lovely video? I bet you like it just as much as I do, and if you do, please share it on Pinterest so the whole world sees it! 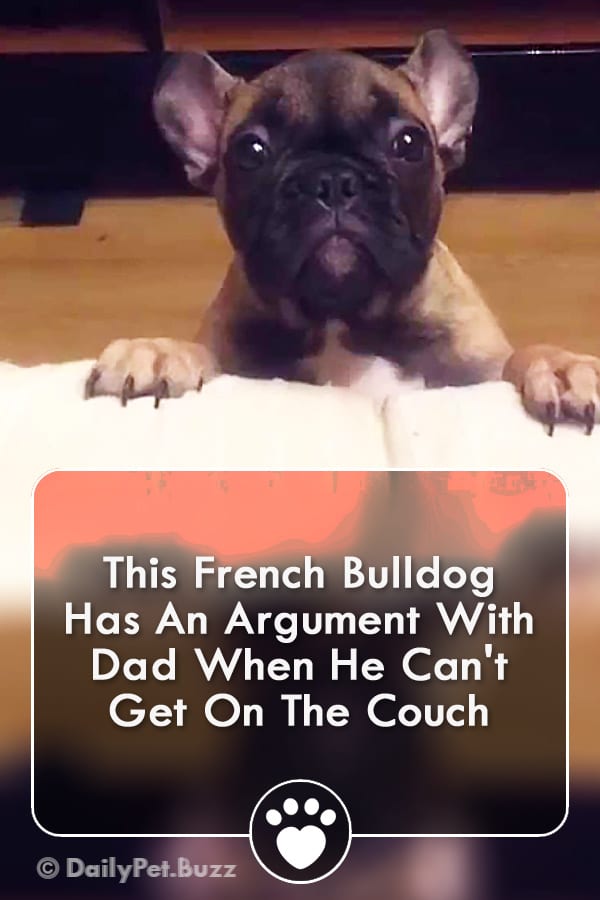