Two homeless pit bulls, named Lois and Clark, had been living under trailers at a truck yard for about six months. People who worked at the yard would leave food for them, but the dogs were still afraid of humans and wouldn’t let anyone get near them. Finally, someone called the Los Angeles area animal rescue organization Hope For Paws.

A day before the rescue was slated to happen, Eldad Hagar, the group’s co-founder, came to the truck yard to see where the dogs typically hid and do get a feel for how to go about the rescue and what equipment would be needed. On rescue day, Eldad was joined by five assistants. They sealed off the area, doing such a good job that they accidentally sealed themselves out! Dog rescue was not easy work in the tight spaces between and under a bunch of trailers. The dogs were understandably fearful, which didn’t make things any easier. It didn’t take too long to corner Clark and get the loop around him. He was literally shaking with fear, but they did their best to soothe him. Lois was actually the tougher customer. She did her best to run from her rescuers and hide amid all the junk and boxes underneath the trailers. After about ten minutes of this, Lois realized there was no escape and stopped running around.

Lois and Clark were whisked off to the animal hospital. Right after they got there, Lois was already wagging her tail! After some tender loving care, they were totally transformed. Far from being mean and vicious — the way pit bulls supposedly are by their very nature — Lois and Clark could not have been sweeter, friendlier dogs.

We’ve posted a video about this dramatic pit bull rescue for you below. We’d love to hear your thoughts in the comments at Facebook. Be sure to like and share! 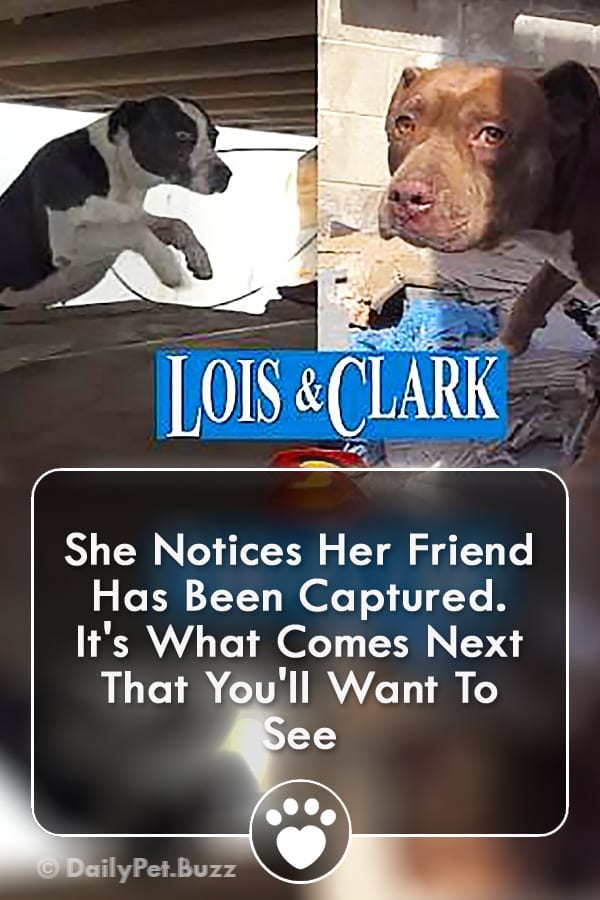