Earlier this year, a French Bulldog named Lily was rescued from a puppy mill in Rutherford County, N.C. She was one of more than fifty dogs living in horrific conditions and in need of medical care. Lily had been forced to breed for the first four years of her life, but her previous owners refused to get her any medical care because they saw her as a breeding machine, not a pet deserving of love. Eventually, Lily’s left eye became so infected, she completely lost her eyesight.

When was finally in good hands with her rescuers and veterinarians, they were forced to remove her one eye. But that didn’t dampen her spirits. Lily is proof that dogs are forgiving and can learn to trust again. All it took was proper care and love to revive Lilly’s spirit. Now, she is thriving in her forever home with her new mom.

‘Lily is the daughter I never had. I always wanted to have a little girl, and she is definitely it,’  Lori Shore-Smith, Lily’s new mom said. ‘she’s my saving grace.’

At one point in the video, Lori tells her beloved dog, ‘I love you.’   The precious pup responds by giving her new mom plenty of wet kisses. And for those wondering, Lily is wearing a GPS tracking collar, not an electric shock collar. It allows Lily’s mom to track her with her iPhone, so she never gets lost. 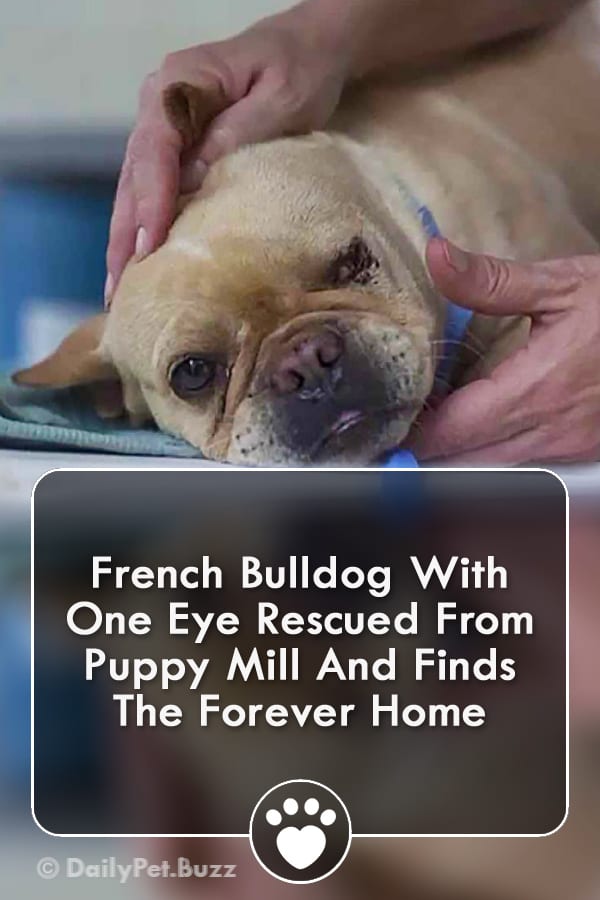