I love watching sleeping animals. There are times that I’ll just glance over at my sleeping cats while I work. They look so precious, especially if they’ve adopted a particularly cute pose. One of my cats looks like a millipede when he’s sleeping, he’s in that tight of a ball. Either that or when he’s snoozing with one paw over his eyes to block out whatever light there is in the place. But neither of them are as cute as the dog we see in this video.

We see a French bulldog puppy ” one of my favorite breeds EVER ” resting on his back. He is out for the count and so adorable while collecting 40 winks. There’s just something so innocent about him while he’s in dreamland. Maybe it’s a defense mechanism to make mommy or daddy forget what he just chewed up. ‘MY SLIPPERS! AWWWWW. Never mind – .’ I mean, look at him – wouldn’t that work on you?

The doggie just lays there resting. He’s adorable. Part of me wanted to see him wake up, since puppies are one of the most amazing things out there. But seeing him snooze like that is so relaxing too. It made me tired. I wanted to curl up and take a nap myself. Yet, I hung in there to watch it a few more times. Hey, I’m dedicated to watching as many cute dog videos as I possibly can.

I’m not going to lie. I wanted this video to be 22 minutes long, not 22 seconds long. I had to watch it at least five times. Part of it is because I love French bulldogs that much and also because this was such an adorable dog. I wanted to ask the person filming it why they thought 22 seconds was sufficient. It wasn’t! Oh well. I just had to content myself with hitting the ‘replay’ button.

Didn’t you want to jump into the video and cuddle with this little puppy? Feel free to tell us your favorite puppy videos in the comments. 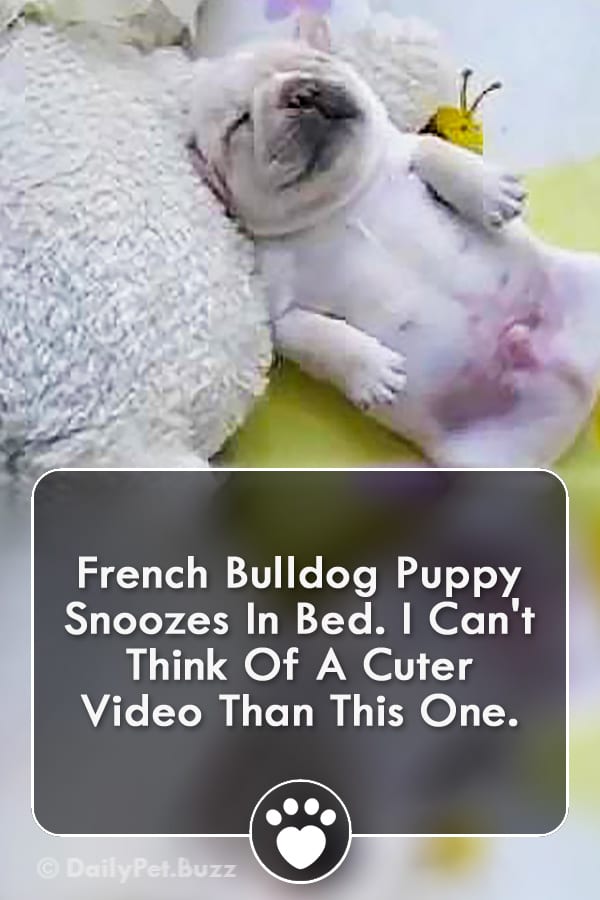