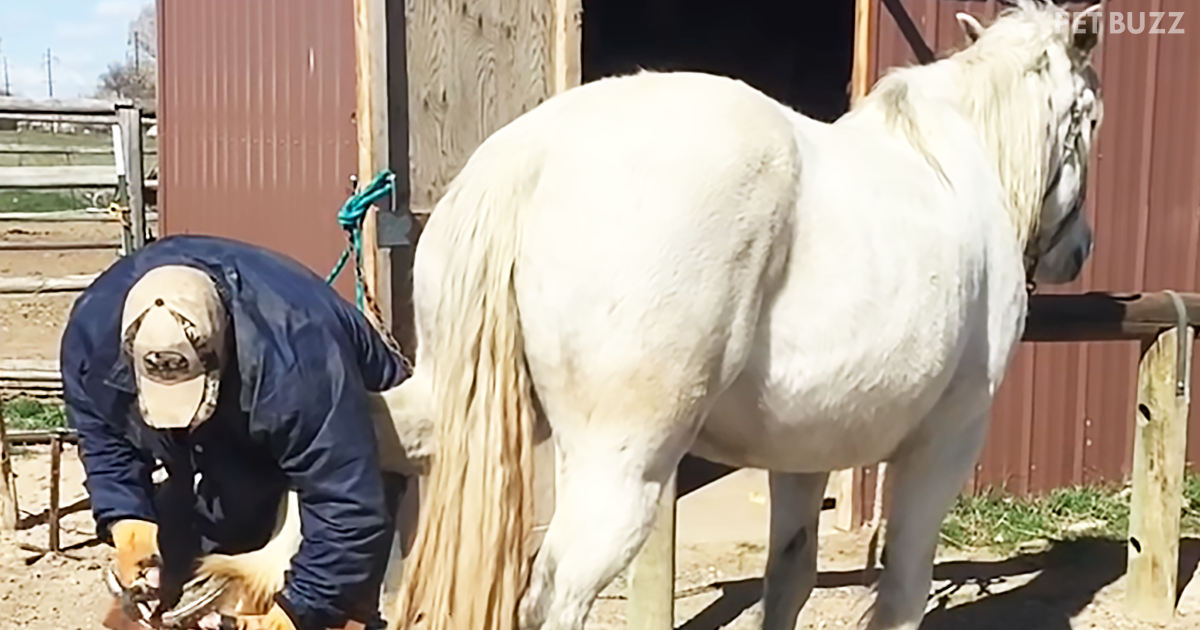 Horses are, no doubt, some of the most beautiful creatures on earth. They are not only stunning to look at, but their strength and agility is also something to marvel. They are often known as animals having strong fight-or-flight instincts, so sometimes, horses can get pretty nervous over unfamiliar things. But as this video shows, there is a way to calm them down.

The man in the clip is trying to put a new shoe on a horse, but the horse is quite nervous. This man is an experienced farrier, so he has some tricks up his sleeve to calm a nervous horse. This horse keeps avoiding the human, and the situation could also have turned dangerous, as the horse could have easily kicked the guy. But watch his simple solution for calming the horse down.

I am amazed that he would ever think of doing this. It’s not something that would come to mind naturally when trying to calm an animal. It seems to be a genius solution, though.

What does this man do? He put a strip of duct tape on the horse’s nose. Strange as it may sound, this instantly calmed the horse. I wonder how many times this man has been kicked or had his foot stepped on? He’s wearing protective clothing and shoes, but still, a horse has a powerful kick. Perhaps that’s what inspired him to find a simple way to calm an uncooperative horse. 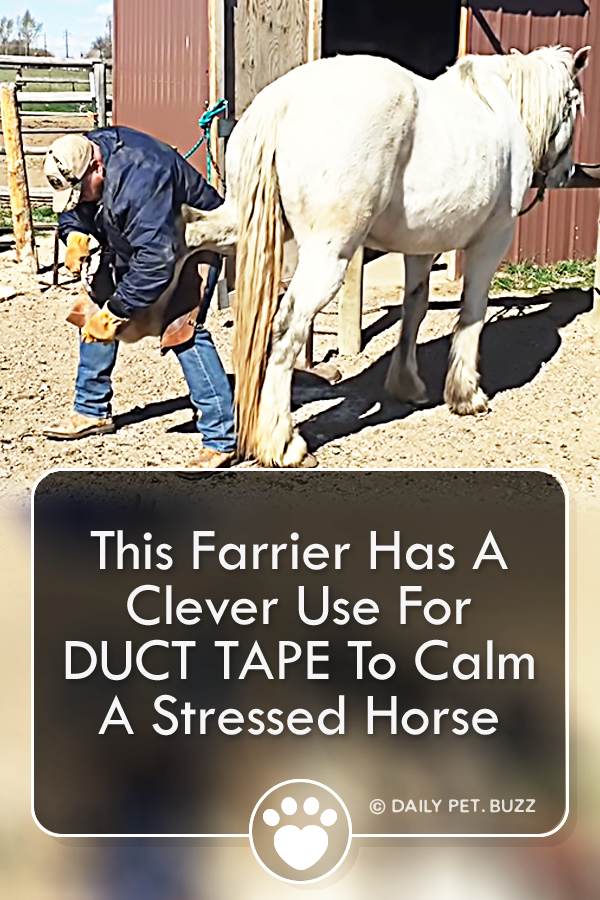