I can’t say stranger things have happened, because honestly, this is as strange as they come. I’ve always thought that cats and dogs are natural born enemies, hissing and trying to get at each other whenever they see the other passing by. Yet this video totally proved me wrong!

When Boomer the Bengal cat was taken to a dog show by his owner, nobody thought that the meetings would go by without any incident occurring. A clawed nose perhaps, or at the very least, rising hackles and a few growls. But you’ll see in the video, all meetings went off without a hitch.

The cat sniffed his furry canine companions, at times making the pet pooches shy away in alarm from the strange feline in their midst, while some happily seemed to adopt the kitty by licking his face all over. True friendship blossomed pretty quickly in an unlikely situation and it was endearing to say the least!

Taught by his owner who is a professional trainer, Boomer was taken around the dog show in a leash and the cat showed his good manners by greeting the other creatures in a friendly way. Surprisingly, the cat became quite the hit at the dog show! Who would’ve thought!

I loved watching this video because it showed how animals thought to be natural enemies having a blast together. Did you watch the video? Has your pet done something unusual like this? Let us know in the comments section below! We love hearing from you! 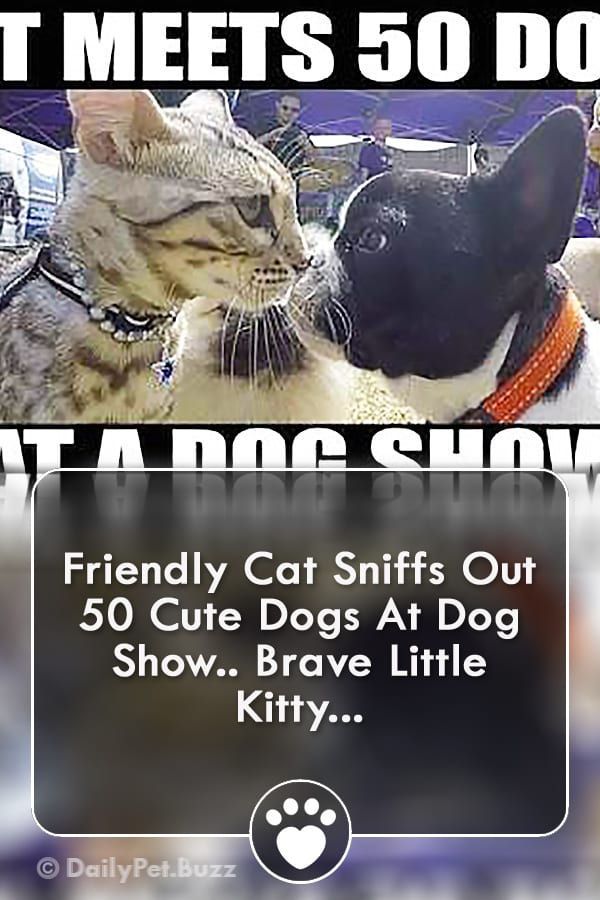