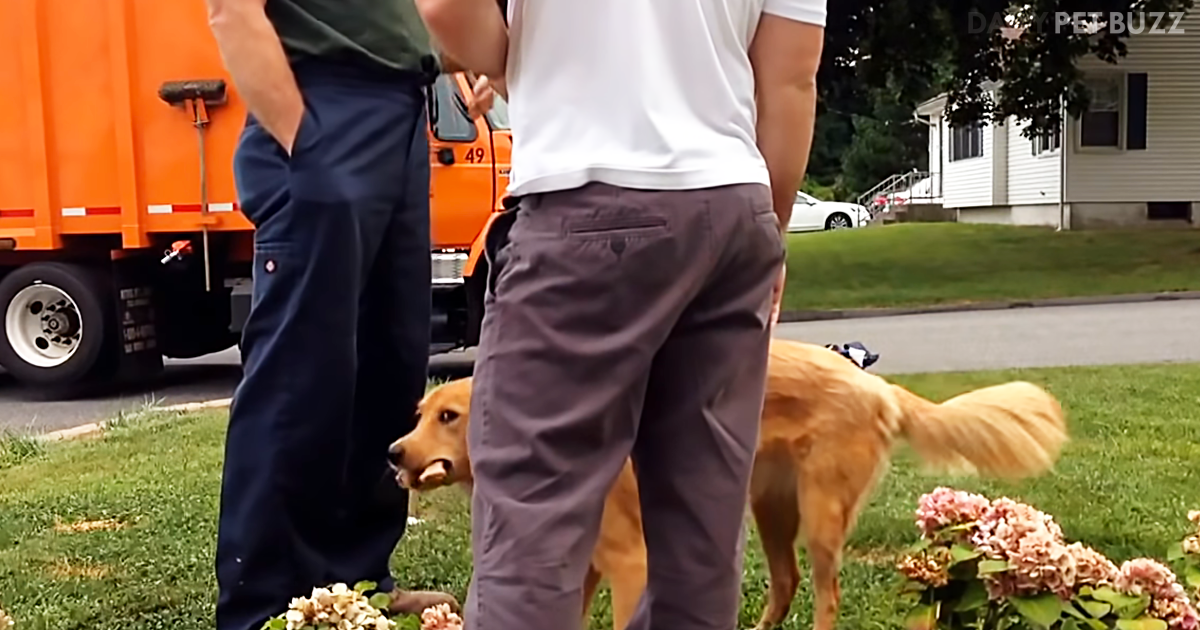 It’s a dirty job, but someone has to do it. Such is the life of a garbageman. He performs a vital function in society but gets little respect in return. Just imagine what it would be like if we threw trash in the gutter like it was still the middle ages, and nobody collected it. That wouldn’t be pretty or smell good. But despite this lack of respect from the general public, garbagemen keep at it, riding on the truck in all weather and hauling away our refuse for us.

One great thing about dogs is that they aren’t so snobbish about people’s careers. Whatever you do for a living, whether you’re on the board of directors or working in a sewer, a dog doesn’t care. He just wants you to play fetch, hand him a treat, or simply give him some love.

And so it was that a lovable golden retriever named Shelby made friends with the garbageman. Joshua Byrne, Shelby’s human dad, thought this was so cute that he set up a hidden camera and made a video. “Every week, the garbageman takes time, two quality minutes, to see my pup and say hi. Who said that nice people are hard to find?”

The garbage truck pulls up, as it does twice a week, and the garbageman hops off and looks around expectantly. Moments later, the friendly dog dashes out to greet him. They’re each super happy to see each other, and Shelby gets a nice big hug.

We’ve posted the video below, and once you’ve seen it, you’ll understand why it has over 11 million views. It’s always nice when someone takes a couple of minutes out of their day to make someone, even (or especially) a dog, just a little bit happier. 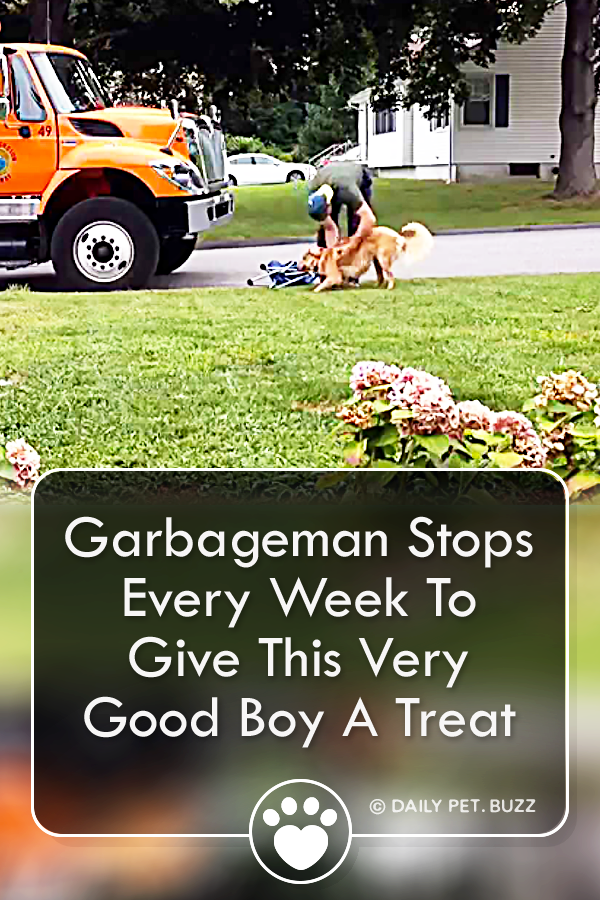