A dog attacking a mailman: it’s a perennial source of comedy. Of course, for letter carriers, being attacked by a dog is no joke. It’s a serious occupational hazard.

Some dogs really hate letter carriers and other delivery people with a passion. It might seem crazy to us humans. We like getting packages and if the mailman is bringing bills, well hey, he’s just doing his job. But if we put ourselves in a dog’s place for a moment, it becomes easier to understand. Dogs are hard-wired with an instinct to protect their territory and their people. So far as a dog knows, a mailman is an intruder, a threat to home and hearth. What really torments dogs is that, while the mailman leaves (successfully chased off, so the dog thinks), he then has the temerity to come back the next day, as if he thinks he’ll win if he tries again. The dog can only assume that a “victory” by the mailman will mean death for Fido and his beloved humans.

Concerns about actual intruders have prompted numerous homeowners to invest in security cameras. The very presence of the cameras might deter a would-be burglar and if they don’t, well, at least there’s some evidence. A homeowner in Texas named Aaron Hernandez installed security cameras so he could make sure everything was okay, even when he’s at work. Now and then, he runs through past footage to see if anything unusual was going on.

Hernandez has five adorable dogs and when he checked some of that camera footage, he discoved they get along just fine with the mailman. In fact, the mailman takes a break from his route to give each dog a pat on the head and sometimes a hug. “He’s a new mailman around the neighborhood and I noticed it a couple of times. I thought it was time to share with everybody!”

Love the way this mailman gets along with the dogs? Let’s hear from you in the comments at Facebook and be sure to like and share! 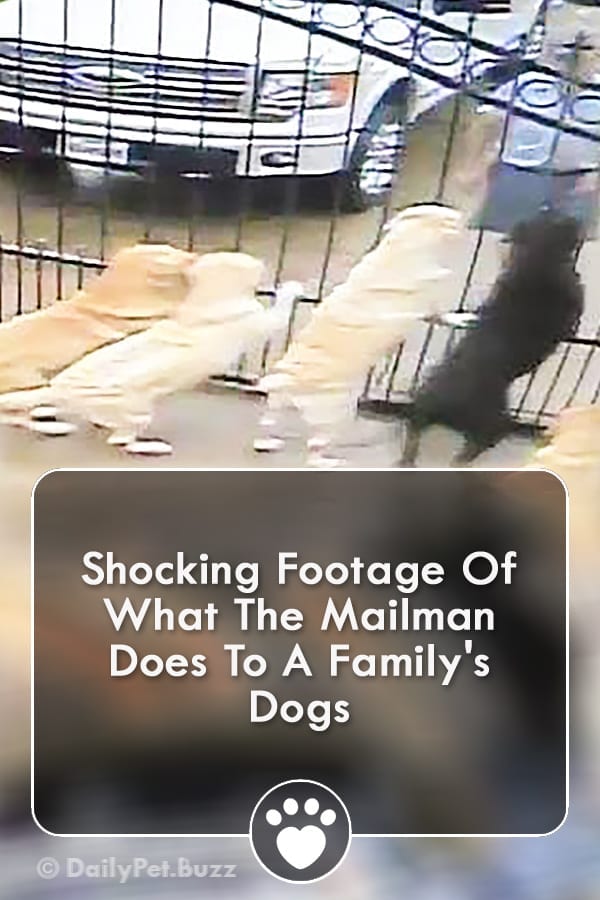