Dogs and wolves share a common ancestor in an extinct wolf lineage that lived thousands of years ago. And though wolves may look big and scary, if you manage to form a strong bond with them, they are just huge fluffy dogs.

Not many people know this, but just like dogs, wolves have been used for therapy as well, sometimes with prison inmates who are in rehabilitation programs. The video above features a sweet moment between a big wolf and his smaller doggy counterpart, an unlikely pairing that just seems to work.

Dogs are capable of making friends with almost everyone, including wild animals at times. I am sure you have seen videos where they get along with creatures like cats, horses, and even giant elephants. This wolf was not an exception. The puppy’s charm worked on him and the wolf suddenly seems a lot less threatening and more like someone’s pet. He better not let word get out that he’s not so fierce after all!

This seven-year-old wolf is called Smokey and he is 137 pounds. The tiny puppy is only ten weeks old and 20 pounds! When they go toe-toe with one another, the cuteness level rises to unbelievable heights. Their precious spar is going to make you smile, and don’t worry. Both wolf and puppy were totally unharmed during the filming of this clip.

Watch the cute clip above and share your thoughts on the bond between this unlikely pair in the comments! We would love to hear from you! 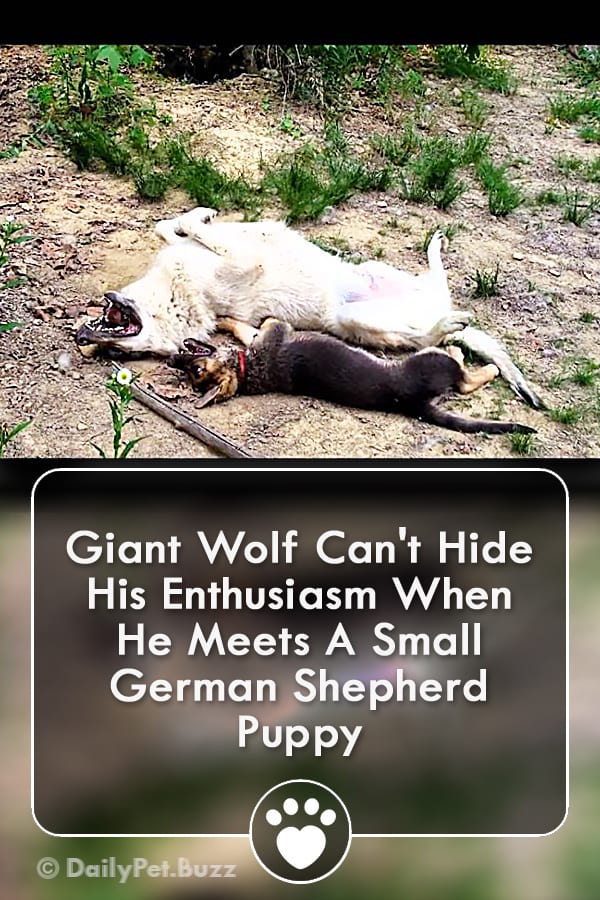